What Makes You Proud to Be an American?

What Makes You Proud to Be an American?

Pause. Reflect. Take time to appreciate what has been accomplished.

Satisfaction at the outcome of a project, stock-taking that strengthens us for the next challenge, is the essence of pride. Oft cited are the words of Bernard Law Montgomery, a prominent British Field Marshal in WWII, on the eve (June 5, 1944) of the Allied invasion of Europe:

“To us is given the honor of striking a blow for freedom…and in the better days that lie ahead men will speak with pride of our doings.”

Ask people what makes them proud to be an American, and they will cite the opportunities they have been given thanks to the sacrifices of others. Or they will point to the many strands of goodness that emanate from the collective resources and resolve of our nation. 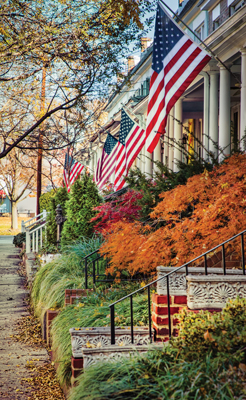 Taking pride is equal parts acknowledging how much has been accomplished and how much more must be done. And ultimately knowing it’s all possible.

Dennis Black, the president of McHenry Pressure Cleaning Systems Inc. in Frederick, MD, encapsulates it all by noting the freedom we have to get things done—and do more still. “Our rich history based on freedom and the ability to live our lives the way we want within the parameters of the law,” he explains, makes him proud to be an American.

“Although America is not always perfect, so far in history ours has proven to be the best society based on freedom of its people,” says Black. “I believe the future success of this country has to be based on these principles if it is to continue.”

Autonomy, independence, and liberty are bound together in the concept of freedom. So it’s not surprising that freedom comes to mind readily when we think about our pride in the nation.

Rick Benham, president of Kepner Equipment Inc./Chaffee-Ward Equipment in Canandaigua, NY, says, “I
am proud to be an American because of the following: Freedoms bring opportunity. Opportunities bring
success. Successes bring pride.”

Many members of our industry have served in the military, and Benham, an Air Force veteran, ties service to the freedoms we all enjoy. “I am fortunate to be born and raised in the land of the free, happy to live in the land of opportunity, and proud to have defended this land for all,” he explains.

Add resilience to the many faces of freedom. That’s a facet on which Marty Wexler, owner of Champion Power Washing in St. Charles, MO, focuses.

Wexler explains that he was motivated to take some time to reflect on the question of what makes him proud to be an American. “It would have been easy to spout something about generosity around the world, willingness to protect vulnerable countries from dictators and/or criminals, benevolence, freedom, etc.,” he says.

“Such answers to me, while true, all involve financial giving to other countries,” says Wexler. “The basis to that overall benevolence and the American ability to do so lies in our resilience.” He puts great emphasis
on resilience.

“In the face of insurmountable odds, we rise to the occasion, lean on self-reliance—self singularly and self as Americans—and get the job done,” explains Wexler. “To Americans failure is not an option, and we overcome whatever is thrown at us and due to our resilience bounce back.”

Examples of strength abound, says Wexler. “This resilience is evidenced by a number of wars, economic depressions, recessions, and corrections. Even today’s COVID-19 restrictions show resilience. Americans made work and school possible, albeit cumbersome.”

Be sure to add optimism to the manifestations of freedom worthy of pride. “No matter what the issue is, Americans seem to take up the challenge, work through it, and come out stronger on the back end,” says Wexler.

“To Secure the Blessings of Liberty…”

The preamble to the U.S. Constitution reminds us that the people of the United States are aiming to secure liberty not only in the present but also for posterity’s sake. In the one sentence that begins, “We the people…,” we recognize the dimensions of liberty, justice, tranquility, general welfare, and common defense that make the country all that it is—and aspires to be.

Philosophy of governance does not stand apart from the day-to-day workings of a nation. Since it was ratified in 1788, our Constitution has served as a framework for the many amazing ventures that define the nature of a dynamic country.

Telegraph, telephone, railroads, electrification, air travel, a space program, digital communication, and robotics will be on almost anyone’s list of invention and innovation rooted in America. Lists will be filled with other mentions, too, such as film and music, medical improvements, and devices and automation.

Being proud of all the good that’s been accomplished provides a powerful incentive to find ways to do more. There’s always more to do.

The recognition most Americans have that there is always something more to do should be a source of pride. It ignites the spirit. Curiosity, after all, as in “could we do this a better way” is at the core of the push toward excellence.

The quest for excellence is what will get Americans back to the moon, to Mars, and beyond, even as they find solutions to efficient desalination, more powerful and conserving energy sources, and harmony. Pause to be proud. Then, get going.

We all have concerns from time to time regarding our nation. But when we think things through—as two veterans of our industry did in writing the text on page 22—we reclaim our positive outlook. 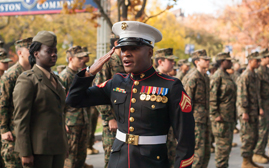 Reflections on Being Proud to be an American

By Brenda Purswell with John Purswell

Alklean Industries Inc. in Pasadena, TX, celebrates 50 years in business in 2021. Brenda and John Purswell, president and vice president of the company respectively, started the firm in 1971.

America has many problems. The Constitution is under attack, and we see corruption in the media, the government, and many other places around us. You pick the villains. Our justice system is far from perfect. Higher education is outrageously expensive, and many degrees are only pursued by those who failed math. I say that because you can never make enough money to pay for the education in that chosen field of employment for which you obtained a degree.

So why am I proud to be an American? It is still better than any other form of government in the history of the world. No other country has created so much wealth that it can give away the aid that America has. There are few if any other countries where you can literally start with nothing and rise to wealth and prosperity through hard work, ingenuity, and determination. America has freed more people from oppression of their own governments than any other country in the history of the world. Yes, we screwed some of our attempts up, but we also succeeded in many more when other countries did not try.

In America you are free to succeed or fail. If you fail, you are free to dust off your pants and start over. If that is not your bag, there are endless opportunities for employment where you can make as good a living if you are willing to achieve. Some point to the poor and say, look what a failure America is for having poor. Jesus told us more than 2,000 years ago that the poor will always be with us. However, few if any other countries in the world have a standard of living afforded those on government assistance as those in America. Our welfare poor are in the wealthiest five percent in the world.

No other country has achieved such great wealth from innovations and technological advancements. No other country has had so much stolen or given to other countries. America has fed a very large part of the world for more than a century. We produce so much that our government pays people not to produce too much food, oil, livestock, and other commodities. Instead, most other countries must subsidize their farmers and industries to compete.

Why am I proud to be an American? Ask virtually any oppressed or poor person the world over, where would you move if you could go anywhere in the world to live, and an overwhelming majority will say to America.

So how much do you want to know? America is not perfect, but I am proud of her and the privilege to be called an American.