Part one of this article (CT | IWA, February 2014) described the history of product safety standards in the U.S. pressure washer industry, extending from early work by the Cleaning Equipment Manufacturers Association to the UL 1776 standard as it exists today. The International Electrotechnical Commission (IEC) was introduced, as well as its ever-growing role in international product safety standards.

As noted in the first part of this article, the standard IEC 60335-2-79 first appeared on the scene in the mid 1990s. It is the international standard for pressure washers, and in spite of the “Electrical” in the IEC name, it does cover engine-driven products as well. 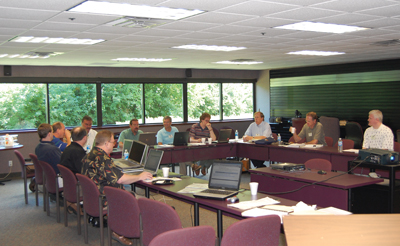 Like other IEC standards, 60335-2-79 is becoming a passport into various countries. Although individual countries typically add a few requirements of their own, the world situation is slowly coalescing around a goal of a single set of requirements for any given product. Unfortunately, “slowly” is the operative word here.

A Harmonization Committee Is Formed 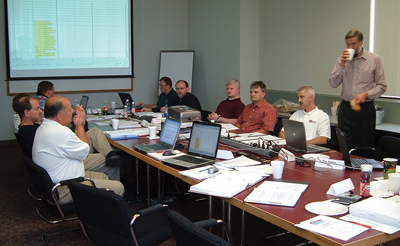 Underwriters Laboratories (UL), the agency responsible for a large number of U.S. product safety standards, including UL 1776 for pressure washers, recognized the handwriting on the wall and in the early 2000s began working on how to harmonize existing UL standards with their IEC counterparts. It’s clear that in those early days of harmonization, the amount of work involved was not apparent. The 2001 version of UL’s five-year plan for harmonization work indicates publication of a harmonized version of UL 1776 “by the end of the year 2002.”

In February 2002, UL published a Project Initiation Notice in the weekly bulletin of the American National Standards Institute announcing the project for creating a U.S. version of the IEC pressure washer standard. By July 2002, Cleaner Times “Industry News” reported that so far only preliminary work had been completed.

In August 2002, UL sent a message to members of STP (Standards Technical Panel) 1776, the committee responsible for UL 1776. The message reported that UL had reconciled about a third of the IEC 60335-2-79 standard with UL 1776. At this point, the amount of work involved was becoming painfully obvious, so UL noted that it “would like to form a Working Group comprised of interested UL 1776 STP members” to carry on the work. The plan for this work was still a bit over-ambitious; the message to prospective harmonization committee members stated, “We will ask manufacturers to supply production line samples for the comparison testing between UL and IEC requirements.”

As a result of the just-mentioned request, UL formed Technical Harmonization Committee (THC) 335H. The committee was charged with developing a version of IEC 60335-2-79 suitable for the U.S. Two goals, only partially compatible, that were assigned to the committee were:

Work of the Harmonization Committee 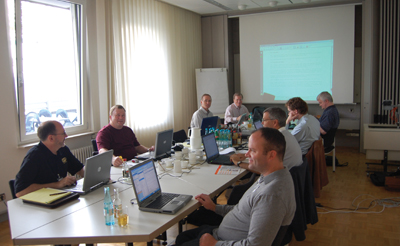 The first meeting of THC 335H was a two-and-a-half day session in March 2005, hosted by UL’s Chicago headquarters. The committee was composed entirely of volunteers from the pressure washer industry plus a representative from UL. The group was highly aware of the large responsibility resting on its shoulders UL was not there to call the shots, only to provide input.

The flowchart on page 48 shows how THC 335H carried out its work. We’ve all heard jokes about ineffective committees and useless meetings, but in fact, some things are far and away best done by committee. Standards development is one of them. When a requirement is drafted, it needs to be technically valid, backed by a solid rationale, and not subject to multiple interpretations. It usually takes more than one person to cover all those bases.

The THC had to weigh every decision against these questions:

All this amounted to a huge task. The committee held 14 face-to-face meetings, followed by a long string of WebEx meetings, the last of which occurred in May of 2013. Fortunately, in 2006, CETA began to defray the administrative costs of keeping this all pulled together and on track. The face-to-face meetings were variously hosted by UL, CETA, and companies employing the volunteer members. That provided interesting opportunities for THC 335H members to learn about other companies in the industry as well as the UL testing labs.

There was a lot of reconciling to be done. Comparisons of UL 1776 and IEC 6035-2-79 requirements were complicated by factors such as differences in referring to horsepower (UL 1776 is organized around the hydraulic horsepower at the discharge nozzle, while IEC 60335-2-79 is organized around the pump shaft horsepower) and pressure (UL 1776 specifies the discharge pressure at the nozzle, while IEC 60335-2-79 specifies the pressure at the pump head).

The committee managed to dispense with quite a large volume of material in UL 1776 that shouldn’t have been there to begin with. Just three of many possible examples:

• Ten paragraphs of UL 1776 are devoted to a detailed discussion of gas burners, but the impinged- jet type of burner that is overwhelmingly used in pressure washers is not mentioned.
• UL 1776 states requirements for fuel lines larger than three-inch diameter. It would be unusual for an oil-fired product to have a fuel line larger than one-quarter inch I.D. The large diameters also far exceed real-world fuel line sizes for gas-fired products.
• A section is devoted to combustion chambers such as are found in furnaces. Details for combustion chambers such as are usually found in pressure washers are almost entirely unmentioned.

To the relief of the now somewhat haggard committee volunteers, THC 335H reached the green box at the end of its work flowchart during 2013. The draft standard was given a final review and then delivered to UL for consideration as a UL standard.

In spite of all the extraneous material from UL 1776 that was eliminated, the committee ended up delivering a draft that contains an unusually large number of National Differences. The IEC standard contains 44 pages, yet the draft U.S. version of it contains 132 pages. UL is presently chewing its way through all those National Differences. When the document has been tidied up and coded in “markup language,” it will be offered for public comment. 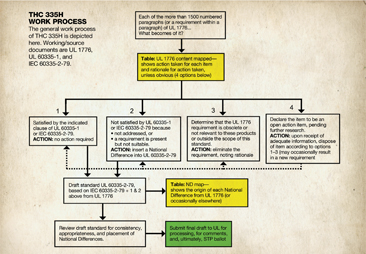 Eventually, after some cycles of comments and perhaps a few revisions, if the document passes a ballot of STP 1776 as the eventual replacement for UL 1776, it will go to publication. Then begins an overlap period, during which products can be safety-certified to either standard at the option of the manufacturer. The overlap period is usually lengthy so as to avoid invalidating existing machine designs. The length of the overlap period hasn’t been determined yet; a reasonable expectation would be about five years. After that, UL 1776 will be withdrawn, and only UL 60335-2-79 will be used for safety certifications.

Can the warriors of THC 335H now stay home and tell stories of their adventures to their children and grandchildren? Yes, but… like reservists, they are subject to being recalled if needed. And such a need is on the horizon. UL 60335-2-79 is harmonized to IEC 60335-2-79 Edition 2.2. But the IEC has already replaced Edition 2.2 with Edition 3.0. So, in the not far distant future, THC 335H will have to examine the IEC Edition 3.0 and determine what effects its changes will have on UL 60335-2-79. Fortunately, that’s a miniscule task compared with the original harmonization work.

Additionally, when the review of IEC Edition 3.0 occurs, it will provide two opportunities for reduction of the voluminous National Differences in UL 60335-2-79:

Often when a new standard is written, it starts out as a modest-length document. As time goes by, it’s typically realized that additional requirements are needed, so they are added, and over time the standard grows in length. The situation for UL 60335-2-79 is the opposite. It will start out as a bulging document that over time can be trimmed to a more manageable size. Meanwhile, although the draft U.S. standard is far longer than its IEC counterpart, it is about 70 pages shorter than UL 1776.