The Rising Cost of a Free Lunch

The Rising Cost of a Free Lunch

It doesn’t take too long in the pressure washing business, either as a self-employed individual or in a company, to discover that how well you accomplish the cleaning job may not be the main factor in the success of your business. You have joined the front lines of the economy, and the beliefs, economic theories, and policy decisions of voters and politicians can sink or float your profit/loss boat. Plus, in a global economy, the price of tea in China may indeed become a relevant piece of information.

In the beginning (economically speaking) was the free market. Accord-ing to businessdictionary.com, a free market is “where buyers and sellers can make the deals they wish to make without interference, except by the forces of supply and demand.” In a totally free economy, there would be no influence by the government on economic transactions; buyers and sellers determine what labor, goods, and services they want and what they are willing to pay for them. Highly profitable areas will attract new sellers and bring the price down; and if a producer can’t provide a product for a price the public will pay, he will need to redirect his efforts to another field of work. Consumers vote with their money for what they value. The free market promotes efficiency through competition; rewards risk taking, hard work, innovation, and efficiency; and over time adjusts to provide consumers with the goods and services they desire—as shown by what they are willing to pay.

Socialism is defined by vocabulary.com as “a non-market economy in which government intervention is important in allocating goods and resources and determining prices.” The United States has moved from a free market in the spectrum toward socialism with minimum wage laws, banking regulations, a 40-hour work week (any raised eyebrows from the self-employed?), retirement benefits, anti-monopoly regulation, and more. Tariffs, subsidies, environmental regulations, various taxes, worker safety laws, business and licensing requirements—not voluntary actions—are a departure from laissez-faire (French for “let people do as they choose”).

Socialism in America largely took shape with Franklin Delano Roosevelt’s message to Congress on January 11, 1944, often referred to as the “Second Bill of Rights.” Roosevelt stated, “We have come to a clear realization of the fact that true individual freedom cannot exist without economic security and independence. ‘Necessitous men are not free men.’ People who are hungry and out of a job are the stuff of which dictatorships are made.” Roosevelt there outlined new “rights”:  the right to a useful and remunerative job; the right to earn enough to provide adequate food, clothing, and recreation; the right of farmers to a decent living; the right to be free from unfair competition or monopolies; the right to a decent home; the right to adequate medical care; the right to freedom from economic fears from old age, infirmity, or unemployment; and the right to a good education.

Setting aside the not inconsiderable concepts of freedom versus security, the proper role of government, compassion, greed of both have and have-nots, the ethics of debt, the constitution, laziness and motivation, fundamental rights, and what actually works, how do these economic directions which may be facing us in the next election affect the pressure washing industry? Since many aspects of business—from workers’ compensation insurance to discharging of wastewater—are mandated by various levels of government, profitability is very susceptible to government action. Through the range of options, socialism will tend to favor government regulation; capitalism will generally allow choice if the public welfare is not involved. As Richard Maybury points out, “In a free economy, change tends to be evolutionary. In a government-controlled economy, change tends to be revolutionary.” As an example, if the government raises the minimum wage to $15 an hour, there will be a sudden impact and rearrangement across the economy. If individuals decide over time that they will only deal with businesses that provide that wage and choose to spend their money at those establishments, gradually the lower-paying businesses will lose customers and decide to raise their wages or not. Either way, the process is a gradual reflection of many individuals making decisions. 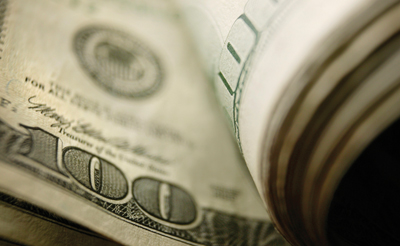 In large part, the direct impact of a government regulation may depend on your specific situation:  your income level, business structure, current practices, typical customers, etc. The Affordable Care Act is a recent example of disparate impact; some gained access to care or saved money; others lost their previous insurance or costs in-creased; employers who didn’t provide insurance faced cutting employee hours, providing insurance, or paying penalties; some continue without health care but pay a penalty; and for others, nothing changed. For some the change is huge in either direction, but for others the impact is insignificant, so the “average” is not helpful in determining impact in any specific situation.

Environmental regulations are a critical part of a pressure washer’s market, so a change may raise the cost of doing business. However, those regulations can drive customers to a contractor who can do the job in compliance with regulations—or it can drive them to skip the wash altogether. Changes in discharge water quality standards can mean requirements for new equipment or new practices. Regulations limit what chemicals can be used, affecting the time it takes to do a job. A ban on washing cars at home can mean a flourishing business for the carwash or just more dirty cars.

How these issues play out depends on the many factors affecting the value of the pressure washing job to the individual. One of the difficulties in economics is that it is a social science, involving the decisions of millions of individuals. The first sentence of the first chapter of the University of Colorado at Boulder’s online economics class states, “Every economic issue involves, on its most basic level, individual choice—decisions by an individual about what to do and what not to do.” Businesses and individuals succeed or fail economically based on decisions, many of which cannot be legislated. The velocity of money, or rate at which it changes hands, is a prime determinant of the economy, but happens at an individual level.

Taxes are a ubiquitous feature of business. They will tend to be higher when the government provides more services and security, and any individual company’s benefit is unpredictable. Free market advocates will tend to reduce taxes, spending, and government benefits in some areas.

Raising the minimum wage will affect any business, with or without employees. As a labor-intensive industry, any increase will increase the cost of doing business with employees. Other costs and wages will increase also, so whether pressure washing becomes comparatively “unaffordable” for some remains to be seen. Conversely, if the standard of living rises enough for some, those who might not have hired a pressure washer might be able to do so. Money will have shifted from businesses to employees, so the impact may depend on where the bulk of your work is coming from.

Another consideration is that theoretically, a higher minimum wage will result in some reduction in employment, as the Federal Reserve Bank of San Francisco observes in its Economic Letter of Dec. 21, 2015. “First, employers will substitute away from the low-skilled labor that is now more expensive toward other inputs, such as equipment or other capital. Second, the higher wage and new input mix implies higher prices, in turn reducing product and labor demand.” The displaced individuals may look for self-employment, with pressure washing being a field of potential interest. With multiple factors in play, the results are unknown. Such is the field of economics.

It should be noted, however, that wealth is the goods and services produced, and money is a variable measure of that due to increases in the money supply, i.e., inflation. If goods and services remain the same, but wages and prices increase proportionately, no one is wealthier. The goal of raising the minimum wage would be a redistribution of the existing wealth, but setting any price above the market value tends to send consumers looking for alternatives.

Economists disagree, even about the causes of notable historical events. In any economic narrative, there will be cause for almost everyone to yelp at some point. And, the many substantive issues behind economic philosophies lead to different conclusions. When it gets to the point of predicting the outcome of a policy, though, it is important to follow the principle of Henry Hazlett’s book, Economics in One Easy Lesson. The “lesson” is: “The art of economics consists in looking not merely at the immediate but at the longer effects of any act or policy; it consists in tracing the consequences of that policy not merely for one group but for all groups.” If a price is fixed below market value by the government, will the suppliers continue to produce enough? Will a black market develop, and what will that cause? If people are required to purchase more government-chosen projects through taxes, what do they not get to spend money on, and what is the impact on those industries? If healthcare is available, will some individuals now be able to join the job market? If anything, including healthcare, is free, do people change their usage? What will that mean in the long run?

In the long run, what is best for the country as a whole may be what really benefits the pressure washing industry. The policies that promote work and increased production will mean more wealth for the country. However, while government policies can protect citizens and the environment, they can also endanger our country. In 1976, before the financial panic of 1979–80, then U. S. Treasury Secretary William Simon testified before a House sub-committee:

In the case of the federal government, we can print money to pay for our folly for a time. But we will just continue to debase our currency, and then we will have financial collapse…This is the direction in which the ‘humanitarians’ are leading us. But there is nothing ‘humanitarian’ about the collapse of a great industrial civilization…That is why we must be concerned about the cancerous growth of government and its steady devouring of our citizens’ productive energy. That is why we must be concerned about deficits and balancing the budget. The issue is not bookkeeping; it is not accounting. The issue is the liberty of the American people.

The issues that may be set aside to look at the impact on pressure washing or your business in particular are, most likely, the ones that need to be most considered. There will be few healthy pressure washing businesses in an economy troubled by extensive poverty, hyperinflation, or lack of industry.