Responding to Natural Disasters: Prepare, Help, Learn, and Do

Responding to Natural Disasters: Prepare, Help, Learn, and Do

Thanking one’s lucky stars and the notion of ill-starred events tangle in the etymological root of disaster, a word allied with astral and derived from Greek and Latin. Disasters are part of life.

Attention to safe practices reduces risk in human endeavors and prevents many disasters. Yet natural disasters are different. The most placid day quickly becomes nightmarish when weather systems collide (hurricanes, tornadoes) or the earth moves (temblors) or lightning strikes something dry (fire). There may be too much rain (floods) or too little (drought).

Beginning with Superstorm Sandy in October 2012 through the ongoing drought in California, just the recent history of natural disasters in the United States reminds us of what we ought to be doing to reduce adverse effects of the unexpected. When there are adverse outcomes though, we can find ways to mitigate them. 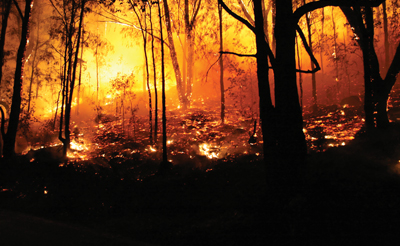 Staying alert, monitoring trends, and being prepared are at the core of a measured response to any sort of natural disaster. That includes drought. Figuring out how prolonged dry conditions will affect a business and a community may not be easy in the short term.

Consider the ongoing drought in the Golden State. How will it affect members of the power washing community? “That’s the million dollar question,” says Carlos Gonzales, Owner of New Look Power Wash in Fairfield, CA. “The situation is really in flux right now,” explains Gonzales. “It’s too early to tell how it’s going to affect the pressure washing community.” For now, there has been no appreciable change in the regular maintenance contracts his firm handles.

Yet there are some signs that the well-below normal rainfall pattern will extract a toll. The awareness of the drought—50 counties have received a federal disaster declaration—may be causing some prospective customers to hold back on residential cleaning services that use water. Gonzales believes there may be slightly fewer requests, but they may be correlated with economic conditions or the drought or both.

Even if water use restrictions are imposed on communities, much commercial cleaning must continue (such as restaurants and hospitals) for reasons of health and safety. One of the most important aspects of readiness for contractors is being able to fully inform customers about the amount of water used in the process of cleaning, as well as how wastewater is collected, treated, and recycled.

“We do have a group of contractors on Facebook that discusses the drought,” says Gonzales. The group is represented by contractors in the San Francisco Bay Area, Oregon, and Southern California. “As of today, early March, we have not heard of anyone not being able to wash. But this situation is very fluid and could change.”

Collaborative help is a crucial component of any plan for dealing with the vagaries of nature. And Gonzales appreciates the assistance provided by the United Association of Mobile Contract Cleaners. “UAMCC has stepped up and offered to help us,” he explains. That help encompasses providing the sort of information that can be shared with clients, such as the health and safety aspects of routine cleaning. It’s all part of readiness at every level. 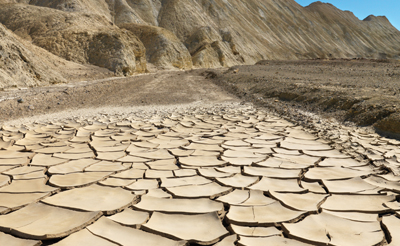 Panic never works in responding to a disaster. Doing what one can is the way to go. The California Rim Fire that burned in the central Sierra Nevada, starting August 17, 2013, would ultimately have a profound effect on the community that rallied to assist the firefighters. As it burned, it was dramatic and confounding. Still, residents in its path were not given to panic.

“The fire was 400 square miles,” says Jake Clark, Owner of Armstrong-Clark Co. in Long Barn, CA. “We were on the north edge of it.” Clark could watch the DC-10 aircraft dropping fire suppressing chemical and helicopters dropping water. Everyone in the area was in a period of watchful waiting.

“My guys put their belongings in the living room—waiting for evacuation,” says Clark. For seven days, there loomed the possibility of an order from the sheriff to leave. When the fire unexpectedly turned, evacuation became unnecessary. Yet the impact of the fire would prove great.

“The fire burned 20,000 acres in one day,” says Clark. The standing timber destruction was just part of the story. The community that made cookies and meals for the firefighters would experience a negative effect. Tourism is the number two ranking industry in the area, explains Clark. It took such a serious downturn after the fire that some restaurants and inns have closed. It’s been a loss for everyone, and quite sad, he explains. Things have been made worse by the absence of snow during the winter.

“Still, the resourcefulness of those in the area to take care of themselves, their neighbors, and the firefighters is something everyone should be ready to emulate,” says Clark. Have a contingency plan, to be sure. But be flexible in that plan, which might have to be modified in an instant.

Clark was lucky in having a place to move his enterprise. “Our business was so good in 2012, we moved in 2013,” he explains. “We had a new location picked out, and tanks were in place. We took everything we needed to make stain and took it to the new location about 10 miles away.” 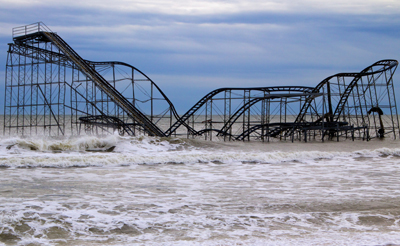 The occurrence of a natural disaster may shake us to the core. Still, we do learn something, particularly when we realize there is usually one more thing we can do to prepare. Much rethinking was stimulated by the deadly and destructive tornado that ripped through Moore, OK, on May 20, 2013. In nearby Oklahoma City, Roy G. Chappell, CEO of Chappell Supply and Equipment, immediately readied his team to assist as much as possible.

“Right after it happened, we let it be known we had pressure washers available,” explains Chappell. The standing homes had been covered with debris and sewage from a nearby lagoon. “We sent an employee out with three high-school students,” says Chappell. While the employee washed homes, the students picked up and bagged debris. Chappell’s company paid the students and the employee donated his time.

Chappell’s company already had employees designated as first responders. Since the Moore tornado, that number has reached nine. In March, some 17 employees were taking a full day course in first aid through Red Cross.

Rebuilding is underway in Moore, says Chappell. “They are not going to let a tornado scare them off.” For his part, Chappell did not experience any serious damage from the tornado. “The tornado went to the east of us,” he explains. Two doors damaged by wind had to be replaced. (The Moore tornado, which was part of a tornado outbreak, or swarm, provided a strange experience for Chappell and his wife who were in San Antonio, TX, at the time. They identified their house in television video that showed a tornado lifting up and missing their home.)

Readiness is what matters in the immediate minutes, hours, and days following a natural disaster. “I hope we never have to apply that training we went through for responders,” says Chappell. “But living in Oklahoma, it is probably not the case. It’s nice to know we have people willing to help.”

When the combo system known as Superstorm Sandy (category 3 hurricane meets severe storm system out of the northwest) moved across the Mid-Atlantic and southern New England areas on October 29 and October 30, 2012, it was not a surprise. The days of warning, however, did not lessen the consequences.

“Sunday was the calm before the storm. And on Monday, the hurricane hit here on Long Island, NY, with full force,” says John Tornabene, Owner of Clean County Powerwashing in Suffolk County, NY. “The trees were swaying all over the place because the winds were hitting close to 100 miles per hour. Later that night, we lost electricity.”

Most residents in Tornabene’s area were without power for nearly two weeks. (He was one of the lucky residents who got power back within hours.) The roof on a school caved in. Gas stations had inoperable pumps. Tornabene lent out a generator. He gave away gas he had stocked for his pressure washers. He opened his house to his family and friends so they could take hot showers.

Because he had to travel to continue jobs away from his home base, Tornabene’s participation in the recovery effort was limited, he explains. His commitment to customers outside the area affected by Sandy had to be met.

The point is that there is always something that we can do. A hot shower and a warm room can mean everything to someone who has been living in the cold and dark. Tornabene found a way to help and did help.

Expect the best. Prepare for the worst. Be flexible.