Millennials and Gen Z in the Workforce

Millennials and Gen Z in the Workforce

Much ado about nothing? Maybe.

That’s one way to look at the perceived conflicts between younger people and older people in the workforce. The outlook of individuals labelled as millennials (25- to 40-year-old people, sometimes called Gen Y) and Gen Z (24-year-old and younger, sometimes called zoomers) is dissected and analyzed for “clues” about the future.

Are work habits different? Will the nature of work be changed by the different habits? We know the questions well.

Of course, no one knows the future. More to the point, though, for millennia the same sorts of questions have been asked by one generation about the next.

Someone from an older generation expressing skepticism about the seriousness of someone from a younger generation is a stereotype as old as the written word (and no doubt older). So is a young person stereotyping an older person as staid.

Exuberance of youth is often used to great effect as a plot device—typically comic. In a classic film (The Searchers, 1956), a young calvary soldier accidentally prods an aged minister in the rear with a saber.

The scene might be a metaphor for the interaction of young and old. The younger person is so excited by the doing that he loses focus; the older person is too focused on what he’s doing to get out of the way.

“Our young people have a lot to teach us,” says Kelly Johnston, director of aftermarket parts and accessories sales with Kärcher NA, headquartered in Denver, CO. (Johnston works at the Spraymart location in Fayetteville, AR.)

“The millennials, and even more gen Z, have learned their skills through instant information,” says Johnston. “Instead of books, calculating, and memorizing, they absorb information from search engines directing them to answers and ‘how-to’ videos.” 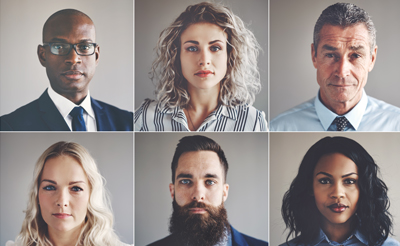 Johnston puts the differences in learning in context. “To those of us who didn’t grow up with today’s tools, it seems lazy; but in reality, it is effective,” she explains.

“My son is a gen Z and is now married with his first child,” says Johnston. “I remember when he was in school, he wanted to ‘graduate’ from playing clarinet to the saxophone. We bought him a restored one. In a week he was playing it like he had been professionally taught.

“We hadn’t paid for lessons yet, so I was amazed,” continues Johnston. “When I asked him how he learned it so quickly, he said, ‘I got on YouTube and took free lessons online.’”

The way that people of different generations initially access information may differ. What’s important is that the information be correct.

“A phrase I often use when answering questions for my employees is, ‘Did you Google it?’” says Johnston. “Of course, I learned about that tool by listening to my younger coworkers.”

Verifying that the information comes from a credible source can sometimes be tricky, says Johnston. But it’s something that everyone should be doing irrespective of how they got to the source.

“I must admit that I still have a copy of The Universal Guide to High Pressure and Steam Cleaner Repair that I refer to when training new customer service and inside salespeople—and of course, when I need my memory jogged on something,” says Johnston. “This journeymen’s guide is, to me, timeless and credible, being authored by industry leaders, many of whom I know personally.”

Johnston says she learned an important lesson about work-life balance from a millennial. She explains that she endeavors to model the behavior she expects from her team. And she has a work ethic so strong that she finds it difficult to do something like leave a bit early to enjoy a few extra minutes of fine weather.

“One day I wanted to leave early to enjoy an unusually beautiful day,” says Johnston. “My backup person was out for the day, so I talked to one of my employees about what I wanted to do but had decided not to.”

The team member asked Johnston why she had decided against leaving early, and she was candid about her guilt. “He then said, ‘Can I tell you something?’” explains Johnston. “‘We do pay attention to how you conduct yourself at work, but what motivation would it be for me to move up in my career if I didn’t see you getting the opportunity to enjoy some time off during times when everything is better than under control?’”

Following the conversation, Johnston did enjoy an afternoon away from work.

Contrary to being problematic, a workplace with people of many different ages is a good thing, says Johnston. She refers to such a group as a blended team.

“Multi-generational teams are amazing,” says Johnston. “The ideas, checks and balances, and what we can accomplish is outstanding. We can all learn so much from one another. I have nine people on my team, and we have a very balanced representation of baby boomers, millennials, and gen Z. I love it!”

In fact, the balance in Johnston’s team is just what business psychologists recommend. In short, each person in a workplace is always evaluating and negotiating his or her role. When a team is in place, communication can be done more easily and frequently.

While studies demonstrate millennials and gen Z value more communication, they also indicate that when working in teams, older generations who might have spent decades in a top-down model also value the approach. Some of the attributes assigned to millennials and gen Z by older people are truly as old as human interaction.

Again, try the movies or a novel for a reality check. Skepticism about youth and the seemingly brash ways of the young is a staple. Brashness in 1930s films is generally tied to a person wanting to move up in a corporate office or a newsroom or on a construction site.

One difference research seeks to document is familial experience. The idea is that millennials and gen Z individuals were doted on more by their families and praised to excess. As such, they expect lots of praise and positive response to all things they do.

Although older people may not remember all the praise and encouragement they got from their families, most of them got it. What’s quite different is the sort of job market—a highly competitive one—that the older generation met.

Today, employers are eager to find employees. In the late 1960s and 1970s, competition for jobs was severe. Older people may have compromised more to attain and keep a position—i.e., not expressed their own interest in more communication and flexibility in the workplace.

The U.S. Department of Labor offers a tool useful to any employer who wants employees to reflect some on the perspectives each generation brings to a team. (See: https://www.dol.gov/sites/dolgov/files/odep/topics/youth/softskills/professionalism.pdf) It’s an excellent assist.

One exercise in the DOL document merits the attention of all. It’s titled “Professionalism in Today’s Workforce” (number 26 in sequence). It begins with this premise: “In reality, a variety of perspectives in the workplace can actually benefit and strengthen an organization.”

The exercise begins with a direct approach. Each generation in the group lists stereotypes of the other. Take two stereotypes that appear rather often (and are timeless): The young are lazy. The old are set in their ways. The group then discusses why the stereotypes have emerged and why they persist if they do.

At the conclusion of the exercise, participants should be getting some idea how to look past stereotypes (by questioning them), see commonalities, see the benefit of learning from and listening to each other…and do all that while accepting that there are differences between individuals and groups of individuals.

One of the biggest differences between a young person and an older person in the workforce is the vantage. A 23-year-old looks to many more decades ahead than a 63-year-old does.

The DOL document (free in easily printable and copiable pdf format) includes a missive on professionalism that’s appropriate to employees of any age. It reads: “Employers want new workers to be responsible, ethical, and team oriented, and to possess strong communication, interpersonal, and problem-solving skills. Wrap these skills all together and you’ve got professionalism.”

The attributes embodied in professionalism have not really changed across time. They applied just as well to an iron worker in the 1920s as they do to a software engineer today. There may have been less time to talk—and too much noise to talk—in many early- and mid-19th century manufacturing facilities (or in other settings such as steel mills), but meaningful communication (sequencing, safety) was still imperative to the group effort and good outcomes.

As for globalization resulting in a diverse workforce, a diverse workforce (and especially one populated by a younger generation) is not new—only the type of work is. See 20th-century coal miners and ship builders or 19th century railroad construction crews for a reminder.

Ado is definitely not warranted.