And users or contractors trying to match an engine and a pump? “It happens all the time,” says Mike Hansen, sales manager—water division of Dultmeier Sales in Omaha, NE. “Pumps can wear out and need to be matched to an existing engine.” That’s one reason.

Consider two others. “A customer wants to upgrade and needs a larger pump, and thus the engine may need to be upgraded,” explains Hansen. “Or, a customer has an application and has no idea how large the engine must be to solve the problem.”

Distributors play a role in ensuring end users get the optimal match of engine and pump. One way is by “correctly matching the pump flange or shaft to the engine drive shaft,” says Hansen. Another way distributors help end users is with “correctly matching the horsepower requirements of the pump to the engine for maximum performance,” explains Hansen.

If an end user tries to replace a pump with insufficient knowledge about how to make a match with the engine, things can go awry. Consider two possibilities.

“Horsepower may be inadequate to run the pump at desired output,” says Hansen. “Engine speed may not match the required pump speed, which could cause under performance if too slow and damage the pump if too fast.”

When a pump operates at full flow and pressure with engine running at factory-specified rpm, says Hansen, it indicates an optimal match between engine and pump. It’s a natural corollary of the primary goal of the manufacturer when matching engine and pump in a pressure washer. And that is “to match the pump output performance against the horsepower requirements of an engine.”

Chris Schuelke, business development manager at Cat Pumps in Minneapolis, MN, sees the ideal-world scenario of being able to identify an optimal match in the same way. “The pump would be able to operate at rated flow and pressure without bogging down the engine,” he says.

“We regularly get calls from customers who have a pump that is no longer working, and they want to replace it with one of our products,” says Schuelke. “We typically start out by asking about the engine horsepower, shaft size, and rpm, and then ask about the application requirements like flow rate and pressure required to do the job. Once we know this information, we can select the appropriate pump for the job.”

Working with distributors and end users can also get answers. “Distributors can assist the end user to match the proper pump to the right size engine by asking the proper questions to meet their needs,” says Schuelke. “The distributor can sell the end user the bare pump or engine or sell them a complete pressure washer.”

In designing and manufacturing pumps for pressure washers, the manufacturer keeps the needs of the end user foremost in mind. “The primary goal is to supply sufficient flow and pressure to complete the job and maximize the full use of the available engine horsepower,” says Schuelke.

There are many things that can go wrong when end users with insufficient knowledge go it alone in trying to make a match. “Improper pump selection can lead to several issues, with three common results,” says Schuelke.

“One, the engine doesn’t have enough horsepower to run the pump at desired performance,” Schuelke explains. “Two, the pump is undersized and not using full performance capability of engine. Three, the pump won’t mount to the engine—wrong shaft size, mounting dimensions, horizontal versus vertical configurations, etc.”

Things can go wrong when end users try to match an engine and pump. They may be simply trials that belong in the nuisance category, but when things go very wrong, the result can be catastrophic.

Jimmy Welch, the R&D manager with Nilfisk HPW—Pressure Pro in Fort Pierce, FL, shared with us a 2010 Forensic Casebook article from EC&M. A cascade of failures attributable to a combination of do-it-yourself “repairs” and poor maintenance led to the death of a man using the pressure washer.

Repairs is in quotes because the DIY efforts included repairing a cracked switch plate with electrical tape and using a bungee cord to attach a fixture wire junction box to the motor. We know readers of this magazine will scoff at such laxity in DIY endeavors. Yet it’s a reminder that a shortcut of any sort can lead to a very bad result.

“We live in a DIY—do-it-yourself—world, and end users—contractors—sometimes try to save money by matching components like engines and pumps,” says Welch. “When a component on a product they already have fails, they shop around for the same part or alternative part.”

Instead of DIY, the end users should consider getting help. “Distributors know the different components and can make more educated matches than the end user,” says Welch. 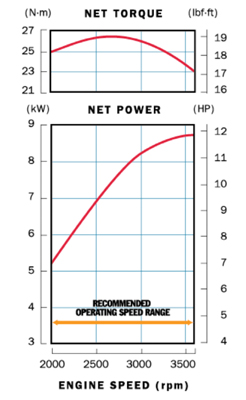 If an end user goes it alone with insufficient knowledge of pumps and engines, there can be problems. “A lot of times when they go for the lowest price, the product does not last as long as the manufacturer-specified product,” says Welch. “And if they don’t set the unloader properly, they can have major issues with other component failures.”

Gaining an understanding of the way a manufacturer matches an engine and pump in a pressure washer can give the DIY end user a better foundation for making adjustments.

Manufacturers focus on “properly matching engine power (rpm equals horsepower and torque) to the pump performance—bore and stroke—for maximum performance of the complete system,” explains Welch. In addition, manufacturers train their attention on “proper testing of all the system components for safety and warranty of the product.”

Whether or not end users and distributors should be building a product or modifying a current product is an important question, says Welch. He believes not.

Determined DIYs should be committed to following all safety protocols, including attention to safety certifications, says Welch. “When repairing a safety listed product—UL, CSA, or ETL—only original equipment from the product manufacturer should be used.”

Long before combustion engines, electric motors, and giant turbines rotated by wind or water, people or horses provided the push to mechanically turn wheels and move equipment, such as saws and grinders. Eventually, water from streams provided the push to a wheel with a new, different orientation (axis parallel to ground).

One thing led to another; hydro-electric generation tapped the basics of water wheels, and combustion engines took the wheel away from the water. Why is this bit of industrial history important? Because the simplest way to understand torque, horsepower, and rpm is to envision a large wheel with its axis perpendicular to the ground being turned by the efforts of men or horses or elephants.

Torque (in elementary terms) is the force that must be applied to cause rotation around the axis (pivot point). (Its measure is the Newton-meter, N-m, although in non-metric lexicons we find pound and foot are in use.)

Torque is about effort (or input), as in how much it takes depending on the distance from the pivot point and other factors. Horsepower is about outcomes. One horsepower is equal to 746 watts (or a non-metric 33,000 foot-pounds per minute).

Revolutions per minute (rpm) is a shorthand for how many revolutions are made in a minute by a shaft, or by an entity such as a wheel moved by the shaft. (Rpm for driver and mover are not necessarily the same.)

To achieve a “match of power of the engine to the load and leave reserve power for the engine—as well as allow for altitude power adjustments” stands as an optimal outcome for engine and pump match, says Welch. Basic knowledge of the theory involved is needed.

“In simple terms,” says Welch, “engine—rpm, torque, and horse-power—is matched to pump—rpm, flow, and pressure. A typical engine performance curve looks like the [one in the accompanying graph on page 26] where the maximum torque is reached at 2,800 rpm and then drops off.

“Once the rpm and load are set, make sure the engine throttle linkage has additional movement while under load—if not, there is no reserve power and the engine life will be reduced.”

In some markets, explains Welch, there’s a trend to have an idle-down feature that reduces engine speed, thereby reducing friction and fuel consumption. “Since this configuration drops the no-load rpm, it has to be overridden in initial performance testing to verify reserve power.”

The foregoing is basics-only. “Other factors are vibration and temperatures, like in oils and exhaust, that have to be reviewed for engine warranty,” says Welch.