Giving Back: Man on a Mission

Editor’s Note: Cleaner Times knows that in the pressure washing industry, there are several military veterans. We thank them for their service.

Life does not come with guarantees of good fortune. That’s one thing that 31-year-old disabled military veteran Kyle Cornwell knows for sure. His first experience with heartache happened at the age of 12, when his 15-year-old brother Ryan was killed in an automobile accident in northern California. 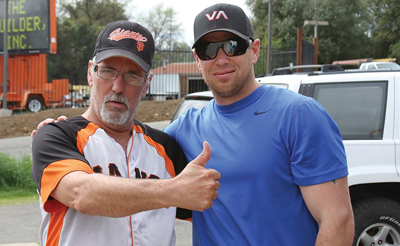 “Even though I had an older brother, I essentially grew up like an only child,” recalls Cornwell. “Before my brother died, I was in a gifted and talented education program. After his passing, I had trouble in school and my life changed dramatically. I graduated from high school and played college soccer for a few years. Then I joined the military and served in combat overseas. I was forced to separate from the military in 2008, after receiving several ‘TBIs’—or traumatic brain injuries.”

For all intents and purposes, Cornwell ‘looks’ okay. He can still walk and talk, but physical and psychological damage suffered from active military duty has left him with a diagnosis of 90 percent disabled and unable to work. Despite his injuries, a bright light in his life is his seven-year-old daughter, whom he is raising on his own. 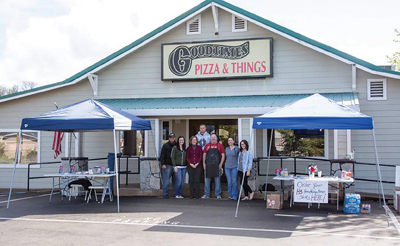 One might think that being a single father, unable to work a traditional job, might leave a guy feeling bitter. Not Cornwell! If he did have any feelings of self-pity, a heart-wrenching experience he had in November 2016 made him realize that other veterans face far more debilitating life challenges than he does.

It Was A Dark and Stormy Night

“I had been out for dinner with some friends one cold and rainy night,” he explains. “As we were leaving the restaurant, I noticed an older gentleman who looked to be in his late 60s. He was wearing an old camouflage jacket and a Vietnam vet hat and sitting there shivering on the curb. When I looked over and saw him, I asked my friends to wait. I started talking to him and asked his name. He confided that he had some issues with Post Traumatic Stress Disorder (PTSD) and mental illness and that he had lost his family. I felt horrible for him, but I knew that there was something I could do. I took off my jacket and wrapped it around him. Then, my friends and I gave him our leftover food. He started to cry with gratitude.” 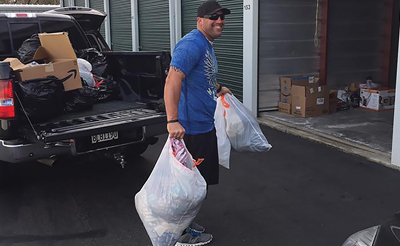 As he drove home that night, Cornwell thought long and hard about what had just happened. This was not the first homeless veteran he had ever seen on the streets, but it was the first time he had made an effort to engage in conversation and treat one with compassion and respect. He vowed it would not be the last. He embarked on a mission to help homeless veterans. He filled his car with apples, granola bars, water bottles, and extra clothing, and drove around his hometown of Redding, CA, not just to hand out food, but to offer hope. “No one understands the life challenges veterans face back in the civilian world better than another veteran,” declares Cornwell.

This man on a mission quickly became a regular shopper at the local Goodwill and Salvation Army stores, often with his young daughter in tow. (She loves helping daddy shop for the veterans, and daddy loves to be a role model for her about the importance of giving back to the community.) He also teamed up with a local veterans’ homeless center and does his best to help them survive the six—eight weeks it can take to get them into housing. He makes arrangements to get them into hotels, so they can have a shower, and works with various medical professionals to ensure they have basic health and dental care because many of them are physically suffering and have no benefit plans.

Being A Hero Comes At A Cost

To be able to continue to help veterans, Cornwell needed the financial support of family, friends, and the community. He named his operation “H3: Heroes Helping Heroes” and applied for 501(c)(3) non-profit status, which will take several months to be approved. Then he started a GoFundMe campaign that caught the attention of the local Fox News-affiliated television Station, KRCR. They contacted him in March 2017 and arranged an interview. 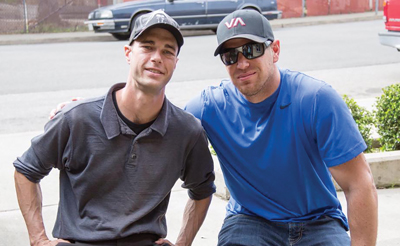 “The day of the interview I went to Taco Bell and bought 100 tacos,” says Cornwell. “I went to all the places where I usually find the homeless veterans. I handed out tacos until I found two men who were willing to share their story on camera. The story was picked up by Fox News and went national. I never expected the news coverage would go viral and bring attention to my efforts in such a big way.”

While Cornwell is finding great personal satisfaction from doing something positive to help the estimated 300 homeless veterans in his county, he knows that is not enough.

“My goal is to make this a national movement,” he states with conviction. “I want to be an ambassador to people across the country to inspire them to ‘pay it forward,’ to do what I am doing here in Redding in their own hometowns.” 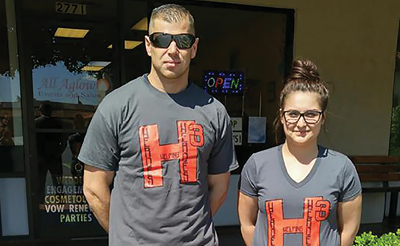 For anyone inspired by this story, Cornwell offers these words of advice: “Don’t try to do too much too fast. Give yourself time. Start with one person, help him (or her), and you will learn from them. Remember that although they may be homeless, they are still people. Listen to their stories and ask what they need. From these conversations, you will gain an understanding of what you need to do. And think about the fact that the homeless person is there and is struggling because they went through something traumatic that put them in that spot. A lot of Vietnam and Korean War veterans, for example, experienced things we can’t even begin to comprehend. It is our turn to step up to help.”

For more information about H3: Heroes Helping Heroes, email Kyle Cornwell at kylemcornwell85@yahoo.com or call (530) 204-7417, visit www.gofundme.com/northern-ca-vets or following him on Facebook at www.facebook.com/H3movement.

More Power To You!

Cleaner Times magazine elected to feature Kyle Cornwell’s inspiring story because many people in the power washing industry have a military background and will personally connect with his life experiences. And, whether they can be found cleaning graffiti off a war memorial or serving at a soup kitchen, people in this industry know the importance of giving back to their community. 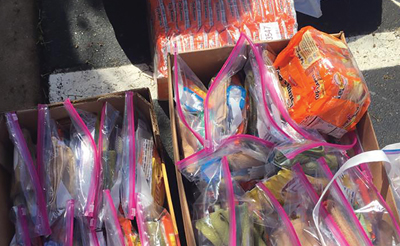 John Allison, of Homerville, GA-based EnviroSpec, is just one example of a company that has generously supported veterans for decades. EnviroSpec has been helping the Vietnam Veterans Memorial Fund, K-9s for Warriors, in Florida and has even provided business start-up equipment and chemical packages for veterans wanting to get started in the power washing industry. We know there are others.

Please share your story of how you ‘Give Back’ to your community in a future issue of Cleaner Times. Not a writer? Don’t worry! You and your team can do the good deeds, and our feature writer will contact you for a phone interview and write the story for you. Email TerriPerrinWriter@gmail.com.