Or their niche finds them. For Michael Schramski, owner of Aamerican Powerwash Equipment and Supplies LLC in Albuquerque, NM, it is all about customers.

“I do not believe I found a niche,” says Schramski. In effect, by focusing on the needs of his clients, he constructed a niche, and a robust one.

“I am a one-man operation who has been in business for 20-plus years, and I am looking to sell,” says Schramski. “I have been lucky to have an extremely good product, and I am a service center for a good number of other manufacturers as well.”

Good product. Good service. Acute attention. All are components of a niche focused on customers. 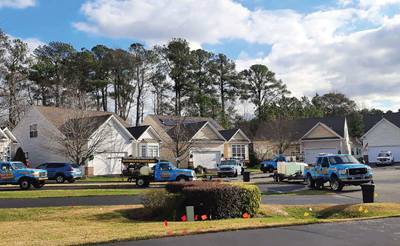 Photos courtesy of Bo Josetti at All Clean Power Washing.

“I take the view of treating my customers as I would want them to treat me,” says Schramski. “I know, that is trite, but true.”

Professional interaction serves well in any context. “I have obtained some very big customers from my local
larger operations by my product line and referrals,” explains Schramski. “I do very little cold calling as most
of my sales are repeat and referrals.”

How would Schramski sum it up? “Customer loyalty is my niche.”

Good outcomes for customers are essential to a viable niche. Customers may be loyal to a particular business, but in a larger way, their satisfaction transfers to the industry at large.

“My original entry into the industry happened as a result of my father already being a power wash manufacturer and distributor,” says Michael Hinderliter, president of Steamway Inc. in Fort Worth, TX. “But I eventually stopped working for him and pursued the cleaning of fleets.”

Pragmatism led to the switch to fleets, explains Hinderliter. “Primarily it was a perfect fit with my educational pursuit to finish high school and then get a college degree.” 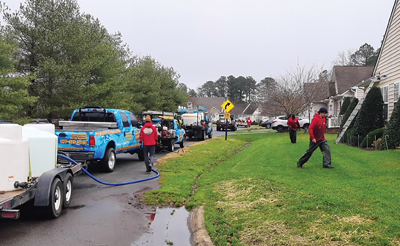 The first switch to fleets turned out to be significant. “To this day, fleet washing is still my go-to service,” says Hinderliter, “even though I have the knowledge and experience with just about all aspects of power washing.”

When many niches seem like a good fit, a contractor may have to figure out a way to simultaneously occupy all of them or make a choice. And Hinderliter has some advice for those who may be trying to narrow down a choice.

“What is a person’s background?” says Hinderliter. “They may have a good understanding of what a particular niche has that will give them great insight in growing that market by achieving high customer satisfaction.”

Hinderliter also reminds us that an excellent niche in one region or locale is not necessarily the same in another. “I think it serves one well to understand their local market opportunities, such as affluent neighborhoods for house washing, what fleets may be in the area, or what the restaurant industry is like for kitchen exhaust and exterior surface cleaning.”

The population density and economic activity in an area must also be considered. “Is it a rural area?” says Hinderliter. “Then, several services may need to be provided to be successful.”

A broad niche in a less-populated area makes good sense for contractors. Yet a narrow niche is not exclusively a match for heavily populated cities and suburbs. It may be a good fit where demand for a particular service is high.

Bo Josetti, the owner of All Clean Power Washing in Selbyville, DE, and the current president of PWNA, tells us not only how a narrow niche works well for him but also how he transferred knowledge from another niche to exploit it. The Philadelphia suburbs is where we pick up the account.

In 1994, Josetti took a job at a commercial painting company in greater Philadelphia. Six months later he was running a crew. One year later he had launched his own business, a painting and restoration company. 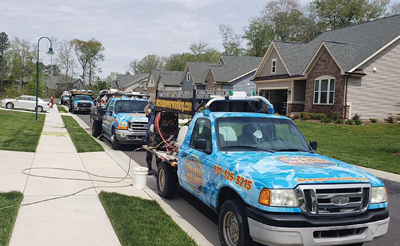 While Josetti was completing a painting job in a coastal community near the Atlantic Ocean where Maryland and Delaware meet (known regionally as the Eastern Shore), he recognized an opportunity. The area was becoming popular with buyers of second homes.

The buyers were purchasing in communities with homeowners associations (HOAs). The HOAs contract for
many services, such as yearly cleaning of houses and biannual cleaning of gutters.

Josetti decided to change niches to focus on washing in HOAs and managed properties. He moved his company to Delaware Beach in 2002. By 2004 he had made the transition away from painting and restoration.

“We go in and wash entire communities while supplying all the water,” says Josetti. “When working for an HOA, they won’t let you use their water.”

All water is carried onto the jobsite. “We’re not allowed to tap fire hydrants,” said Josetti. That option still offered by some public water suppliers—with metering and charges—stopped 10 years ago where his company works.

“We have the capability to bring up to 10,000 gallons a day” to a site, says Josetti. In fact, he was working on adding more capacity—a third water truck—when he spoke with us in early January. 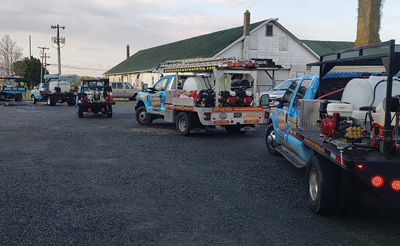 Most jobs are within approximately 60 miles of Josetti’s home base. “Our central location allows us to carry so much water.”

A change from one good niche to another does not mean one never looks back. “If I knew what I know today, I would have stayed in Philadelphia—Chester County, where there are very high-end properties and very dense growth,” says Josetti. There is more competition in the Eastern Shore, and the market is smaller.

Establishing his painting and restoration business, and to some extent his current business, involved trial and error, says Josetti. He explains the learning curve in the 1990s, and even into this century, was largely navigated alone. Today learning gets a boost from access to social media and connections to experienced contractors.

“This industry is flooded with newcomers,” says Josetti. He notes the entrants to the industry do research—and can take advantage of online videos and connections—for quick immersion. But he says new contractors need to learn more about how to run a business. PWNA offers education in both technical and business logistics dimensions.

“We have a few different niche markets that we specialize in, including homeowners associations, medical facilities, and government contracts,” says Ray Burke, owner of Spray-Wash Exterior Cleaning LLC in Tallahassee, FL. And the niches, although different, became linked by that guiding principle of satisfying customers.

“I would say that none of it was necessarily by luck,” explains Burke. “These were accounts that we went after; however, once established with that certain type of account, basically business begets business—and you find yourself put in a position to get similar business.” 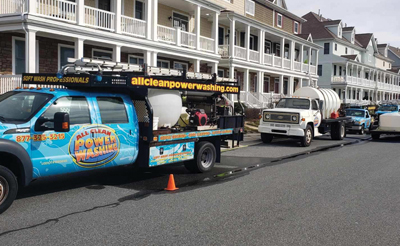 In some cases, an opportunity arises to change niches along with a client contact. “A facilities manager for one hospital might move to another hospital and want to use you there,” says Burke. “Or an administrator from the parks department might talk to the public works department administrator and say, ‘We are having problems with cleaning,’ and the public works guy refers your company.”

Obviously, no contractor wants to hear about bad results at the hands of an industry colleague. But contractors do hear about them.

“Take, for example, homeowners associations,” says Burke. “There are always horror stories out there about how the last guy was bad to schedule with, caused damage, and was rude to residents.”

Managers of HOAs have “400 bosses,” says Burke. “More so than price, they want to make those people happy. What makes them happy? Experienced service providers who know how to handle those type of projects.”

A reputable service provider gets referrals among property managers, explains Burke. And the size of his or her niche grows.

Different niches command different prices. Generally, the more demanding the requirements on a jobsite, the higher the price that can be charged. 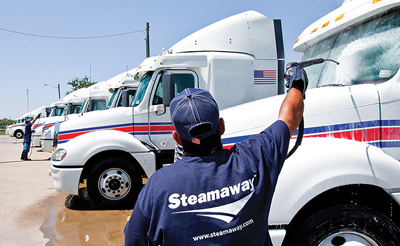 “With our medical specialization, we understand that some chemicals are taboo, that public safety is paramount, and that we are working in a very public space and represent the hospital that hired us,” says Burke. “They are not necessarily concerned about price. They are concerned about results and image.”

Long-term business relationships are an indicator of strength—an indicator that appeals to new clients. “Since we’ve worked for one hospital for over 10 years, it’s really quite easy to get into other medical offices with that kind of track record,” says Burke.

Find a niche. Thrive in it. But never forget to be attentive to it. Is it becoming crowded? Should offerings be refined to capitalize on customers who are not being courted by so many others? Is there a better niche?