Year-end tax planning can be quite simple: merely accelerate payments before the end of the tax year to reduce taxable income. However, to be really effective, not only for the current tax year but for years down the road, there is obviously more to it than that. But now is the best time to think about reducing the pressure washing operation’s tax bill even lower than the point the economy may have driven it to.

And, the best guarantee of consistently low tax bills this year, next year, and so-on down the road is tax planning. Tax planning is easy: the more tax deductions taken, the lower the pressure cleaning business’ taxable income will be—at least for the current tax year. Or perhaps, ignoring potential tax deductions this year might mean significant savings in later years when profits—and tax bills—are higher.

But how to make the moves necessary for lower tax bills before the end of the tax year—and in the face of all the current uncertainty over tax reform, rates, and deductions—is where the rub is.

What Every Business Needs to Know

Although tax planning should be a year-round process, the owners and managers of many businesses often don’t check with their accountant or tax professional until tax time and don’t consult their attorney unless there is a legal issue. Even worse, many remain in the dark about developments that might have an impact on their tax bills, such as the following:

Health Care: Despite the controversy and the confusion over the Afford-able Care Act, part of the hotly debated law is already helping employers with 25 or fewer workers who pay their workers average salaries of $50,000 or less and that pay half of their health insurance premiums by giving them a tax credit, a direct reduction of their tax bills. 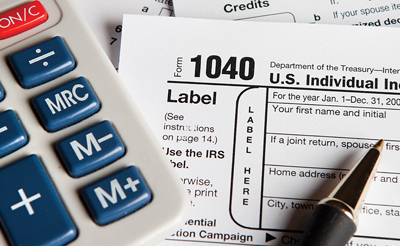 Faster Write-Offs: The Section 179, first-year expensing write-off amounts change from year to year. Currently, the amount a small business can expense and immediately deduct for new equipment, machinery, furniture, fixtures, and vehicle expenditures is $500,000—but only through 2013.

Bonus Depreciation: Over the years, this tax break has allowed pressure cleaning businesses to write-off up to 50 percent of the cost of vehicles, machinery, furniture, fixtures, and equipment. Unlike property qualifying for the Section 179 write-off that can be either used or new, the bonus depreciation requirement is that the taxpayer be the “first to use.” Bonus depreciation is currently available for 50 percent of the cost of newly acquired assets but, once again, only through 2013.

Repairs and Maintenance: A contractor, equipment dealer, distributor, or manufacturer doing major renovations to equipment or buildings should schedule repairs and maintenance jobs separately. Despite new guidelines, capital improvements are not deductible as business expenses, like basic repairs are. Instead, improvement costs are added to the “basis” of the property. Lumping all of the work into one project could cheat the operation out of 100-percent deductible expenses.

Losses: There are strict time limits for a business to claim a Net Operating Loss (NOL) carryback as well as electing to forego the carryback and just carry the loss forward. The typical statute of limitations for filing an NOL tax refund claim is three years from the time the return was filed or two years from the time the tax was paid, whichever period expires later. Law-makers enacted a special provision that requires the claim for a refund must be filed within three years of the date on which the return was due to be filed (including extensions)—for the taxable year of the net operating loss which results in such a carryback.

Work Opportunity Tax Credit (WOTC): The WOTC, a tax credit that rewards employers that hire individuals from targeted groups, was extended to December 31, 2013, and applies to individuals who began work for the employer after December 31, 2011. Under the revised WOTC, businesses hiring an individual from within a targeted group are eligible for a credit generally equal to 40 percent of first-year wages up to $6,000.

Independent Contractors or Not: The Affordable Care Act’s so-called “Employer Mandate,” has been postponed. That means contractors and businesses with 50 or more “full-time equivalent workers” won’t be required to offer health plans to employees or pay stiff penalties for each uncovered worker beyond 30 employees until 2015. However, this might be the perfect time to reclassify workers classified as independent contractors whether in anticipation of the Employer Mandate or simply erroneously and make that change as of January 1.

Records: Don’t forget to hold onto those receipts for smaller expenses. While the IRS only needs receipts for business expenses over $75, every contractor and his or her business needs some form of documentation in order to claim those deductions. Of course, it also helps to know what deductions are available and what is needed to prove them.

Bad Debts: Keeping detailed records of collection efforts to support any deductions taken for a bad debt that becomes worthless in 2013 will lock-in the deduction. If you can’t get a troubled customer to pay up, the amount may be written off, provided it can be shown that a good faith effort was made to collect the debt. That means keeping records of telephone calls, letters, and other efforts made to collect the money owed.

One basic fact that should be kept in mind with taxes in general is that the financial or operational strengths of a business transaction should always stand on their own, aside from the tax benefits that may be derived from them. In other words, the tax tail should never wag the tax dog. With that in mind consider several tax planning myths and strategies:

Paying the owner, principal, or partner a bonus; taking a shareholder distribution/dividend/draw; repaying officer loans; paying down credit card balances; paying down credit lines; or paying off other debt will not create deductions that result in tax deferrals. Generally, in order to put this plan in place, the business must actually be paying expenses or purchasing equipment.

Don’t spend money that wouldn’t ordinarily be spent merely to reduce the operation’s tax bill. Remember, $1 spent does not equal $1 worth of tax saved: $1 spent creates a $1 deduction, which (depending on the tax bracket, business structure, and state of operation) will only lead to $.00–$.60 worth of tax saved.

For some manufacturers, distributors, and contractors it may not be feasible to accelerate payments for the operation’s expenses into the current year. If, for example, the business had a pretty bad year with a lower than average profit and expects profits to pick back up next year, it might be prudent to defer payments for as many expenses into the following year as possible. After all, a business in the 20 percent tax bracket this year, but expecting to be in the 30 percent tax bracket next year and with $10,000 worth of expenses in question, will save only $2,000 deducting them this year, while deducting them next year will save $3,000.

Above all, understand whether the operation files its tax return on the accrual basis or the cash basis. Most year-end tax strategies only work for cash-basis taxpayers. Accrual-basis taxpayers report all income in the year that it is earned and all expenses in the year that they are incurred. So, just because 2014 expenses are paid in 2013 doesn’t mean they can be deducted in 2013.

Tax Planning All the Time

Despite or because of the uncertainty of what tax rates may look like next year, many pressure cleaning manufacturers, distributors, and contractors are sticking with what has worked best for them in the past: minimizing income and maximizing expenses. For those sure to face higher taxes next year, an argument could be made to generate as much income as possible this year, as it will pay more in taxes but at a lower rate.

Although tax planning should be a year-round process, a number of year-end strategies can reduce not only this year’s tax bill, but future tax bills as well. The operators and managers of every pressure washing operation should also be taking additional steps to ensure the success of the operation in 2014.

While many contractors, distributors, and manufacturers rely on the advice and help provided by tax professionals, or utilize software programs to ensure a low tax bill, even the most knowledgeable professional doesn’t know what will happen down the road to affect the business from achieving a legitimately lower tax bill for not just this tax year but year-after-year.

Congress could kick the can down the road again but, in terms of tax planning, no pressure washing contractor, business operator, owner, or manager can wait until lawmakers all go home for the holiday recess. It will be too late to make the moves to reduce tax bills this year and for many years to come.