Losses are a part of every pressure washing business. Recently, however, the IRS has been denying the tax benefits of losses to an increasing number of small business owners. The reason? In the eyes of the IRS, the operators weren’t sufficiently involved in the money-losing business.

While the contractor, manufacturer, or distributor may appear to be materially participating in the pressure cleaning business and, thus allowed to deduct any losses (subject to the at-risk and book-value rules), the IRS is increasingly eager to jump in where they feel a taxpayer is not as involved as they, the IRS, thinks he or she should be. There might be multiple businesses with the owner not that active in one or more of them. Or, it may be a semi-retired business owner whose child is running the business.

Few owners have ever given much thought to whether they “materially participated” in the operation of their pressure washing business. After all, someone with a business run as an S corporation or other pass through entity or, even as a sole proprietorship, clearly runs the show—or do they?

Since the enactment of the passive activity loss limitation rules in 1986, taxpayers have been frustrated in their attempts to have losses incurred in activities described as “passive” offset the income derived from other sources. The focus on “passive” income and losses as distinguished from “active” income and losses has intensified greatly now that the new 3.8 percent Medicare Surtax on Net Investment Income (NII) has become effective and added passive income as a serious potential bug-a-boo. 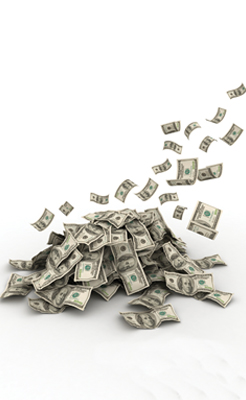 Most sole proprietors can claim material participation because they typically spend substantial amounts of time running their pressure cleaning business. However, merely having a financial interest in a business (even if it is significant) is not enough to meet the material participation criteria—unless the taxpayer also handles the day-to-day management of the business—more than simply reviewing financial statements, monitoring operations, or providing business advice.

Investors are not treated as materially participating unless they are involved in routine operations of the pressure washing or waterjetting business. Participation in an activity includes the time of a spouse, even if the spouse doesn’t own any part of the business or when a joint tax return is not filed.

The pressure cleaning contractor, business owner, shareholder, or principal has the burden of proving that he or she materially participated, a test that can usually be met by satisfying any of the IRS’s seven tests for material participation:

Most contractors and business owners will easily pass test one, more than 500 hours of participation. If the owner has more than one activity that can’t be grouped, they should be able to meet test four, significant participation or test seven. A one-man show can usually qualify under test two. If there’s any question, you should consult your tax adviser. More than likely, you’ll have a number of options, but you’ve got to set up the fact pattern before the IRS questions your participation.

Largely unnoticed or ignored, many contractors and business owners woke up on January 1, 2013, to face two new taxes. Thanks to the Health Care and Education Reconciliation Act of 2010, beginning in 2013, many individuals are subject to a 3.8 percent Net Investment Income (NII) tax and a 0.9 percent Additional Medicare tax.

Although the NII tax applies to “investment” income, both of these surtaxes are aimed at so-called “wealthy” individuals and the floor isn’t all that high. The new taxes apply to single taxpayers with a modified adjusted gross income (MAGI) in excess of $200,000 and married taxpayers with an MAGI in excess of $250,000 if filing a joint return, or $125,000 if filing a separate return.

Net investment income includes interest, dividends, annuities, royalties, and rents, and amounts other than income derived in the ordinary course of a trade or business. NII does, however, include income from a so-called “passive” activity, or a trade or business trading in financial instruments or commodities. It does not include distributions from qualified plans such as pensions, profit-sharing, stock bonus plans, qualified annuity plans, or individual retirement plans. Net investment income also does not include tax-exempt interest.

As mentioned, the NII surtax applies only if the pressure cleaning business is a so-called “passive” activity. However, an owner active in a business operating as a pass-through entity such as an S corporation, LLC, or partnership, may discover that a portion of the flow-through income is actually subject to the NII tax.

In other words, active business ownership within a sole proprietorship, limited liability company (LLC), partnership, or S corporation does not lend itself to this surtax. However, should the passive investor attempt to argue that he or she is not passive in order to avoid the new tax, they will end up being subject to self-employment tax. This is also the case with an investment in an LLC or a partnership.

Within a pass-through business entity, any income, gain, or loss that can be attributed to an investment of working capital is treated as not derived in the ordinary course of business. Interest, dividend, and royalty income earned in the normal course of a trade or business would not be subject to this surtax, but idle cash producing investment income would.

According to the IRS, income from working capital is subject to the surtax. Cash-intensive businesses using interest-bearing accounts as well as businesses that park some excess funds until a project begins should be alert to this “hidden” surtax in connection with an active business operation.

The “income” of a pressure cleaning business usually does not include amounts earned from the investment of working capital. According to the IRS, the term generally refers to capital set aside for use in, and for the future needs of, a trade or business. Working capital may be invested in income producing liquid assets, such as savings accounts, certificates of deposit, money market accounts, short-term bonds, and similar investments.

Also effective beginning in 2013 was the 0.9 percent Additional Medicare Tax applying to individuals’ wages, compensation, and self-employment income over certain thresholds, but not to income items included in the NII. This new surtax is already creating complications for employers, as well as employees and the self-employed, as it is in addition to the regular, 1.45 percent Medicare rate on wages received by employees. The tax only applies to the employee portion of the Medicare surtax. The employer Medicare tax rate remains at 1.45 percent, and the employer and employee Social Security tax remain at 6.2 percent.