Deprecated: The $control_id argument is deprecated since version 3.5.0! in C:\home\cleanertimes.com\wwwroot\wp-content\plugins\elementor\modules\dev-tools\deprecation.php on line 304
 Biofuel Issues—So Many Questions - Cleaner Times

Beeswax. Blubber. Biofuel is nothing new.

(We acknowledge that petroleum, natural gas, and coal are in the strictest sense biological fuels because they got their start as carbon-based organisms.)

Even though fossil fuels and ‘biofuels’ both originate with living material (biomass) and are carbon-based, biofuels refer to sources that can be quickly replenished. Fossil fuels are formed through anaerobic decomposition over an extended period. That is, the circuit from carbon-based organisms (e.g., agricultural waste and crops grown to be fuel) is a short one in what we label as biofuel.

The U.S. Department of Energy (DOE) sees replacing fossil fuels with biofuels as a promising effort—promising because the substitution, or shorter circuit, could reduce some of the consequences of fossil fuel production that are unwelcome. Reductions in pollutant emissions, resource depletion, and dependence on foreign oil may all be realized.

Of course, competition for arable land may be heightened by both agricultural and energy sectors wanting to exploit it. The many competing interests among those who firmly or guardedly advocate for biofuels illustrate some of the issues that must be thoroughly understood.

We are in a period of transition regarding energy. Everyone can probably agree with that. A slap-dash approach to biofuel is no more prudent than forging ahead without quantifying the results of each incremental shift to wind or solar.

Measurable results will help demonstrate what works best as a long-term strategy for efficiently converting raw energy to usable power in an environmentally sound way. (Anyone taking clean coal, especially modular, or modular nuclear out of the mix preemptively is being rash.)

Evaluate all forms of energy with a rational approach. That’s the best option.

As president of the Advanced Bio-fuels Association (ABFA) in Washing-ton, D.C., Michael McAdams focuses his attention on biofuels. But his past professional engagement includes more than ten years at a major oil company.

When McAdams talked with us in June, gasoline at five dollars per gallon and diesel at more than seven dollars had become the norm. A pragmatist, he has concerns about every facet of the consequences of fast-rising prices, including national security.

McAdams says the problem we have in the current debate about energy is that we do not have a “transition plan.” There must be a goal (he believes it should be net-zero by a defined date), and there must be a logical way to meet the goal.

“We’re not really asking for mandates,” says McAdams. Instead, he wants to see stakeholders collaborate to forge approaches and refine methods. He looks to the land-grant universities across the United States and suggests enlisting them to focus on gathering data to inform policies—for example, a uniform and tenable method for measuring carbon might be a way to accelerate the transition.

By definition (in federal law), advanced biofuels are defined as those (excepting ethanol from corn starch) that reduce green-house gas emissions 50 percent across their life cycle when compared to a baseline for fossil fuels established in 2005.

Biofuels will very likely be part of the solution to future energy and environmental goals. ABFA aims to promote understanding among the various interests in the biofuel sector.

For instance, every juncture of a transition can be the source of anxiety and even conflict. As for anxiety, recall novelist Gustave Flaubert who detested the arrival of rail travel and predicted it would not replace horse carriages. As for conflict, one need only listen to legislators from agricultural states to know that their constituents are divided over whether using land to grow crops for the energy sector is a good idea. (The legislators try to talk to both sides in the debate.)

The April 2020 issue of this magazine includes an article titled “Bio-diesel vs. Renewable Diesel” (https://www.cleanertimes.com/magazine/cleaner-times-articles-2/biodiesel-vs-renewable-diesel/). Consult it to review the differences between biodiesel (a blend of lipids from plant and animal residue and petroleum diesel) and renewable diesel (strictly from plant material).

The biofuel ethanol has been around for decades. And engine ills—disrupted timing, increased wear—have been attributed to its presence in fuel. But it continues to be used. The real and perceived (there seems to be some of each) ills from ethanol are tolerated much as are similar ones linked to the use of lower grades of gasoline. 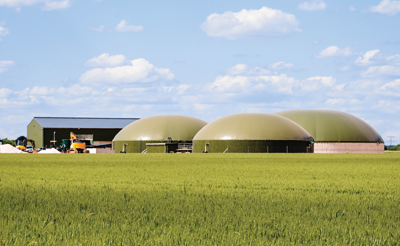 Much depends not only on the type of biofuel but also on the type of equipment. Delany Johnson, senior sales engineer at Wayne Combustion Systems in Fort Wayne, IN, takes a measured approach to biofuels.

“I don’t use biofuels in any piece of equipment that sits for any time,” explains Johnson. “In the car it is okay, but in small engines the gas goes bad too quickly for things that are not used every day. And the fuel gums up the carburetor quickly if left in the system.”

Johnson acknowledges the push toward biofuel as a replacement for gas and diesel that fuel the small off-road engines powering pressure washers. But he advises that there are issues with the change that must be resolved.

Some examples? “It’s going to cause lots of new problems like coating the coil because the bio doesn’t completely burn,” explains Johnson.

“Plus, as you change the percentage of bio, the air bands need changing,” says Johnson. “But no one resets their air bands once the system is set up.”

And there’s one big issue that must be addressed as mandates start to proliferate in states. It is “that oil pumps can only handle up to 20 percent bio,” says Johnson.

At present, the two most common biofuels in use in the United States are ethanol and biodiesel, and 97 percent of gasoline contains some ethanol.

Most vehicles can use blends of ethanol and gasoline with as much as 10 percent ethanol by volume (designated E10). Ethanol has been approved by regulators for use in combination with gasoline in a 15 percent to 85 percent blend (designated E15).

Flexible-fuel vehicles are in a category specially designed to run on blends of ethanol and gasoline with very high levels of ethanol. The blend may contain 51 percent to 83 percent ethanol, and it is designated E85. (The blend varies with season and geographic area.)

Designing engines so that they can be efficient and use biofuels is one part of the challenge of putting more biofuels in the system. Another challenge is reducing or eliminating the competition between fuel and foodstuffs.

When plant starches and sugars are used to make ethanol, they are taken out of the food chain (whether fed to people or livestock). If waste (e.g., cellulose-rich husks from corn) can be sent in the direction of ethanol production, and corn can keep nourishing the planet, two objectives will be satisfied simultaneously. And that’s exactly what many researchers aim to make possible, the maximum and careful exploitation of plant material.

Biodiesel contains some alcohol, which is mixed with vegetable oils, animal fats, or cooking grease. Desig-
nations for biodiesel indicate the amount of biological material. B100 is pure biodiesel. B20 is 20 percent biodiesel and 80 percent petroleum diesel.

When the cost-benefit analysis of biofuel adoption is done, it must include all the costs. If engines wear out faster, are there actually energy and other natural resource savings over time? Each engine part or engine replacement begins with a manufacturing process that requires energy.

Does the production of biofuels have a lower environmental impact than does refining gas or oil? Pyrolysis, one of the processes used to break down biomass to liquid or gas, requires very high temperatures (500 Celsius to 700 Celsius) and an oxygen-free environment. The energy consumed to produce such temperatures must be factored into the environmental savings (or not) accounting.

Gasification, another process used to break down biomass, uses an even higher temperature (more than 700 Celsius). Again, the accounting must be clear.

Algae gets so much attention as a renewable biofuel source because it can be converted to a liquified and usable biofuel under relative low temperatures (200 Celsius to 350 Celsius) in a hydrothermal process. That is, the process occurs in water and with elevated pressure.

It takes energy to do work. That’s a thermodynamic non-negotiable principle. What everyone is trying to figure out is how to do the maximum amount of work with the minimum amount of energy use. And as a corollary, accomplish that while simultaneously keeping pollutant emissions at a minimum.

In a period of rapid change, it’s difficult to know which technologies and methods will emerge as optimal. (In retrospect, it will be easy.)

A few years ago, this writer read a review of a book about whaling. The reviewer was incensed that whales were once killed for whale oil, a biofuel that brought light and prosperity to communities and in which the alternative was the full opposite of bright. Balance is not always easy.

Even now, as biofuels demand attention, the push toward vehicle electrification—with 500,000 charging stations proposed—is enormous. Will biofuels be used to generate electricity? Will they be produced with inputs of energy and then converted to electric power, which in turn will have to be conveyed via transmission lines that are already too few and too overloaded?