It’s a sorry fact that about half of all marriages end in divorce. That fact takes on additional importance for the owners and operators of many pressure washing businesses, whether or not they are in business with their spouses.

Married owners of pressure washing businesses often overlook a common reason many businesses fail: divorce. After all, in most states, one spouse’s business can be considered a marital asset or marital property.

When a couple divorces, assets need to be divided and an “ex” could wind up as a business partner, or a fight could ensue to keep the operation from being sold to raise cash. Once divorce proceedings begin, a pressure cleaning business owner or operator most likely won’t be able to implement the legal maneuvers that, if undertaken in happier times, could keep the business from being sold or landing in the soon-to-be ex’s possession.

Establishing a business as a sole proprietorship leaves it vulnerable to future problems. Even with one spouse staying home or working elsewhere, most ex-spouses are entitled to a share of the business—often as much as half.

In common law marriage states that do not have community property laws, separate property is generally not divided. In other words, if the soon-to-be ex’s name is not listed as an owner of the business, it will be considered separate property and usually untouchable.

Strategy Before and During Marriage

The simplest way to divorce-proof the business is through a written agreement signed by the spouse. One answer is a prenuptial agreement.

In a prenuptial agreement, couples decide in advance what portion of their business is considered separate property and what is to be considered as marital property in the event of a divorce. For a jointly owned pressure cleaning business, a prenuptial agreement can establish from the outset a 50–50 distribution of business interest to each spouse.

Although often viewed skeptically, if a postnuptial agreement is reached long before the marriage disintegrates—ideally more than seven years before a breakup—it might be useful in defining the business as separate property.

If the thought of a pre- or postnuptial agreement makes either party uncomfortable, an agreement can be drawn up and signed that will provide the spouse with some financial protection in exchange for leaving control of the pressure washing business as it stands. Such an agreement can require selling the business upon divorce at a value to be determined by a third party. Another option involves establishing a trust.

A Trust in Divorce

A Domestic Asset Protection Trust (DAPT) doesn’t require a spouse’s approval, according to the American Bar Association. A DAPT transfers ownership of the pressure cleaning business into a trust. In other words, the trust would own the business and keep it from being counted as a marital asset. The move also protects the value of the operation’s growth.

Depending on where a trust is created, it can also protect the business’s assets. There are trusts that protect assets from creditors in a divorce, including future spouses. What’s more, a pressure cleaning business owner or operator could name him- or herself as a potential beneficiary. With every state having different rules and with trusts often feasible for S corporations, professional advice becomes especially important.

Divorce-Proofing with Partnerships and LLCs

Family Limited Partnerships (FLPs), Limited Liability Companies (LLCs), and incorporated pressure cleaning businesses might be useful in controlling certain assets in the event of a divorce. Creating a separate entity and transferring assets during the marriage and assuming control of the entity as the FLP’s sole general partner, the LLC’s sole manager, or the incorporated business’s sole officer can ensure control of the operation is retained even when ownership is divided equally. 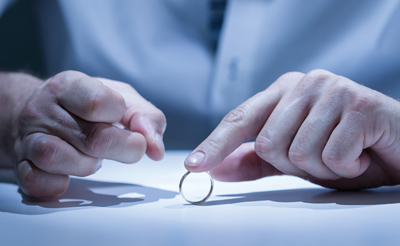 Divorce courts usually don’t dissolve FLPs, LLCs, or corporations, particularly where third parties such as children have an ownership interest. Generally, the courts adjust the ownership interests so each ex-spouse winds up with an equal percentage. However, if the entity was controlled by one party prior to the marriage, that party should continue in control despite losing a considerable share of the entity’s equity.

Even with a pre- or postnuptial agreement, it’s important to have some type of operating agreement, partnership, or shareholder agreement that includes provisions to protect the interests of other owners in the event that one owner gets divorced.

A basic buy-sell agreement enables the parties to agree to a formula early on for establishing the value of their business at any point in the future in the event of a divorce, death, or disability. A buy-sell agreement also protects any partners from the spouse of a divorcing partner. Otherwise, the courts could allow the spouse to become a partner against their will, potentially dooming the business.

Whether a spouse works for the pressure washing business or has nothing to do with it, or if the owner marries a key employee of the business, some steps are essential in divorce-proofing a pressure cleaning business.

If the business is considered to be a joint asset, among the strategies that should be considered if a divorce is threatened or already underway are the following:

Preparing For The Unexpected

One bright spot is that it’s rare that a business ends up being sold in order to satisfy a divorce settlement. That’s because a sale would deprive the owner of the future income necessary to make all payments required under the settlement. Of course, early steps are critical to protect the business in the event that a marriage is on the rocks, and that means being prepared for all eventualities.

Obviously, not all of the steps outlined above may be appropriate or even feasible in all cases nor will they always prevent a claim from being made on the business by an ex. They may, however, identify what is and what is not the “relationship property,” as well as the parties’ respective
contributions.

Naturally, few people commence a relationship expecting it to end in an acrimonious dispute over assets—a dispute which could have an impact on the business. However, even with a happy relationship, the effectiveness of planning means getting in early, well before potential problems arise.

For those whose marriage is in trouble or who are about to begin a divorce, strategies are important. Once the divorce proceedings begin, pressure cleaning business owners and operators will be unable to implement other legal maneuvers that, if accomplished in happier times, could have kept the business from landing in a former spouse’s possession.