Losses come in many shapes and forms. There are losses that result from natural disasters, losses caused by dishonest employees and/or customers, and financial losses from bad business decisions or a poor economy. Although insurance such as so-called “business continuation insurance” provides protection from some losses, it is our tax laws that can really help reduce the bite of losses.

Surprisingly, many pressure cleaning contractors, distributors, and manufacturers are actually profiting from their losses. That’s right; taking full advantage of and correctly using our tax laws that apply to the losses of a pressure washing business can mean business survival and, in many cases, profits.

Today, cyber fraud, theft losses, and embezzlement appear to be taking a backseat to storm and wildfire-generated “casualty losses.” Casualty losses are the damage or complete destruction of property caused by fire, theft, vandalism, flood, earthquake, terrorism, or some other sudden, unexpected, or unusual event.

In order to be tax deductible, there must be some external force involved for a loss to be a casualty loss. What’s more, a casualty loss deduction can be claimed only to the extent that the loss is not covered by insurance or otherwise reimbursed. In other words, if the loss is fully covered, then no tax deduction is available.

The IRS measures the amount of damage to property using a very conservative yardstick. A pressure washing business must use the lesser of the following:

Generally, casualty losses must be deducted in the year in which the loss event occurred. However, to help cushion losses suffered by pressure cleaning businesses and other property owners, the tax laws contain a special rule for disaster losses in an area subsequently determined by the President of the United States to warrant federal assistance. For those losses, the pressure cleaning business owner or manager has two options:

In other words, every pressure washing business has the option of deciding whether their loss would be most beneficially used to offset the current year’s tax bill or to reduce the previous year’s tax bill—generating a refund of previously paid taxes.

In order to accomplish this, the pressure washing contractor or business owner simply files an amended tax return for the preceding year, figuring the loss and the change in taxes exactly as if the loss actually occurred in that preceding year. While this choice must be made by the due date (not including extensions) for the tax return of the year the loss actually occurred, the resulting refund can go a long way toward helping the damaged pressure cleaning business.

Proving A Loss is Required

After each disaster, the IRS reminds taxpayers of the need for records to support loss claims. In order to claim a casualty loss deduction, a pressure cleaning business owner or manager must be prepared to prove not only that property was lost in a casualty but also the amount of the loss. This requires a knowledge of—and supporting documentation for—a number of factors:

Obviously, the best way to document a loss, especially disaster losses, is to file an insurance claim. However, even insurance companies require documentation. To help when records have been lost or destroyed, the IRS has an excellent tool, “Disaster Assistance Self-Study—Record Reconstruction” available at www.irs.gov/businesses/small-businesses-self-employed/disaster-assistance-self-study-record-reconstruction.

Gaining From A Loss

As mentioned, some pressure washing businesses actually profit from casualty losses. If, for instance, the amount of the insurance reimbursement received is more than the book value or adjusted basis of the destroyed or damaged property, there may actually be a gain. The fact a gain exists does not necessarily mean that it
will be taxable right away. Most businesses are able to defer the gain to a later year (or perhaps indefinitely) simply by acquiring “qualified replacement property.”

In calculating that gain, any expenses incurred in obtaining the reimbursement, such as the expenses of hiring an independent insurance adjuster, are subtracted. Then, if the same amount as the rest of the insurance money received was spent either repairing or restoring the property or in purchasing replacement property, tax on the gain may be postponed. Of course, the replacement must occur within two years of the tax year when the gain was realized.

Losses come in many forms, even from excessive tax deductions. If the pressure washing operation or business has too many tax deductions and too little income, a net operating loss (NOL) results. Many businesses have used losses incurred during the economic downturn—or casualties—to reduce income from prior tax years, providing a refund of previously paid taxes. 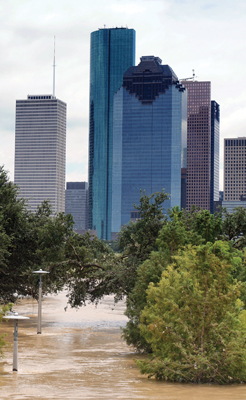 There are also those losses that can be controlled. Quite simply, a loss is allowed for the abandonment of an asset. If a depreciable business asset or income-producing asset loses its usefulness and is subsequently abandoned, the loss is equal to its adjusted basis. And, best of all, this type of loss applies to the abandonment of a business.

Far more common are those occasions when business property is taken, legally or illegally, and often as a result of a natural disaster. The government may, for example, legally take property by the simple act of “condemnation.” The loss of any business property by actions outside the control of the pressure cleaning business are usually labeled as “involuntary” conversions.

These actions are unusual in that they frequently result in a taxable gain. Fortunately, the rules governing involuntary conversions permit the property to be replaced with property of a “like kind,” eliminating the need to report and pay taxes on that gain.

Owners of unincorporated businesses who are forced to sell or liquidate their businesses at a loss are allowed to deduct those losses against their ordinary income. Owners of incorporated pressure washing businesses who sell or liquidate their operation at a loss are required to deduct those losses against their capital gains. If their capital losses exceed their capital gains, they are allowed to divide the loss into increments of up to $3,000 per year and deduct that amount against their ordinary income. At that rate, depending on the amount of the capital loss, it may be many years before the entire loss is deducted.

Whether as a result of economic conditions, competition, or factors outside the control of the pressure cleaning operation’s owner, manager, or executives, every business is at risk of losses. Under our present tax rules, any loss sustained during the taxable year or a loss not covered or “made good” by insurance can be claimed as a tax deduction. Would a refund on taxes paid by the formerly profitable pressure cleaning business in years past help ease the pain of lingering losses this year? What if last year’s business losses could offset next year’s profits and reduce the tax bill for years to come? All this, and more, is possible with “loss” planning.

A number of unfortunate business owners, particularly those whose businesses operate as a pass-through entity, have discovered that there can be such a thing as too much loss. Under the tax rules, a partner or S corporation shareholder cannot take a loss in excess of the amount invested in the pressure washing business.

For S corporations, a shareholder’s “basis” includes equity investments as well as direct loans. That basis is increased by profits and reduced by losses and distributions. Once the basis is reduced to zero, additional losses are suspended.

The answers to questions about the complex and, often confusing, casualty loss tax rules can be found in the IRS Publication 547, “Casualties, Disasters, and Thefts” at www.irs.gov/pub/irs-pdf/p547.pdf.

Unfortunately, recoveries via tax law are not always smooth, often requiring professional assistance or, at the very least, an understanding of how the tax rules work. Could your pressure cleaning business profit from its losses?