Aerospace, biotechnology, and financial services, as well as agriculture, mining, and wood products, contribute to the vibrant economy in the Southeast region of the United States. Diverse economic activity in the Southeast benefits from many factors, including abundant resources, a relatively mild climate, and an engaged population.

Here we include ten states in the Southeast region: Kentucky, Virginia, West Virginia, Tennessee, North Caro-lina, Mississippi, Alabama, Georgia, South Carolina, and Florida. Any grouping of states is arbitrary. For our Southeast region, the Mississippi River forms a good boundary on the west. Using the Ohio River as a boundary on the northern edge of the cluster nicely captures Kentucky, and it also brings in West Virginia.

Defining regions is not a binary—in or out—exercise. Yet as with the Northeast, we all share a general idea of which states are in the Southeast region. Taking a close look at the Southeast region offers surprises to many not familiar with it. For instance, the largest city in the region is Jacksonville, FL (population 880,000), and not Atlanta or Miami. The Southeast also boasts the world’s busiest airport, Hartsfield-Jackson Atlanta International Airport in Georgia.

For contractors and distributors, there is a subtler sort of surprise in store when doing business in the Southeast. “It’s a social graces kind of thing for most companies in the South,” says Terry Murray, vice president at Etowah Chemical Sales & Service in Gadsden, AL.

“I’ve been all over the United States and abroad, and there’s no place I would rather be than the South,” says Murray. He adds that because he grew up in the South, the region has a special hold on him.

Murray explains that the easy give and take and cordiality that characterize interactions in the South give a boost to those doing business in the region. “Employees, managers, and purchasing agents will at least see you,” he says.

From an initial meeting, bonds can be built. “Once prospective customers get to know you, they will ask about product offerings,” says Murray. Opportunities for sales grow from there.

“In the South, your word is your bond,” says Murray. “Do what you say you will do. If you earn their trust, you will get called again.”

Murray emphasizes that it’s true in any region of the country that trust is where a good business-to-business relationship begins. “Be there when they need you,” he says. “Have products available, and be there in a timely manner.” That’s the way to earn the trust of customers.

The same reliability factor applies to services. Donald Root, co-owner of Circle 3 Roof Clean Plus in Easley, SC, grew up in southern California. Interactions in the Golden State were polite but hurried, he explains. Ask someone for the time there, and they give you the time and move on.

It’s different in the Southeast. “People take time to smell the roses,” says Root. There’s a spirit of helping each other out and taking the time to get to know other people, he explains.

“I’ve lived here 17 years now,” says Root. “I wouldn’t want to live any-where else.” He lived not only in California but also in Florida before settling in South Carolina.

Having moved to the Southeast from outside the region, Root says that it took a bit of time for him to persuade prospective customers that he had arrived to stay and be a part of the community. “Getting a foot in the door” may take somewhat longer for arrivals new to the region, he explains. But that is also something true of all regions.

On the logistical side, the Southeast presents some special challenges for contractors, says Root. “I think the entire East Coast is different—with humidity that encourages mold growth.” Contractors working in the Southeast must be familiar with the unique “climate issues” that affect the requirements of cleaning jobs.

The Southeast presents both opportunities and challenges just as any region does. “It is a growing population area,” says James McCafferty, president of Awning Rejuvenation Systems International in Fort Lauder-dale, FL. “This means new potential customers. A business just has to find a way to reach them.”

One of the factors that affects McCafferty’s company and distributors of other products is the cost of moving products. “As with any area of the country, controlling shipping costs on heavy products is a big factor,” he explains. “Customers think twice about buying a product, no matter how good it is, if the shipping costs are sky high.” 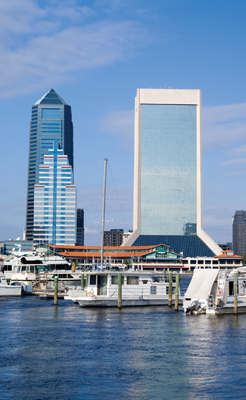 Costs must be part of any equation for a business in any region. McCafferty says that contractors must be prepared for riding out months when they cannot work. And those months may expand beyond the contractor’s control.

“With global warming, for users of outdoor cleaning products, it is no longer a 10–11 month working market,” says McCafferty. “It has dropped to an eight-month market based on low temperatures. This means that if the product user hasn’t saved up enough cash to get over the dry cash period, they are out of business.”

The plusses and minuses that McCafferty cites have corollaries across regions. It’s some knowledge of the unique characteristics of the Southeast that will help members of our industry better reach customers there. Take population growth. Know the drivers of the growth and then find ways to tie products and services to that growth.

Export and import activity is high in the Southeast. So is tourism. A contractor may choose to focus on the marine or warehouse industries or on commercial complexes—hotels, motels—that house visitors, but probably not both. There’s enough work to be selective.

Single and multifamily residential housing presents enormous opportunities for cleaning contractors in the Southeast. Know the predominant type of construction in order to develop best practices for most jobs. According to the Survey of Construction conducted by the U.S. Census Bureau in 2013, most existing homes are built on slabs. Most new homes are still being built on slabs, but homes built on crawl spaces are becoming more common.

Brick exterior is popular in the Southeast, but vinyl is more common. Stucco and fiber cement are well represented. Wood and wood exteriors are rare in the region. Percentages of each type of exterior in new housing vary across the Southeast region. In general, though, a contractor should be ready to clean vinyl, brick, fiber, cement, or stucco and occasionally wood.

Gated communities are common in some parts of the Southeast and especially in Florida. To work in such areas, contractors may have to meet additional requirements, such as security checks.

Throughout Florida and beyond, too, contractors will be expected to meet stringent requirements regarding water use and wastewater capture. Distributors serving the contractors have a big niche opening here in terms of providing assistance with equipment that minimizes water use and eases collection and treatment (if required) of wastewater.

Both contractors and distributors may find that one of the biggest challenges in the Southeast is finding and retaining employees. In December 2017, the U.S. Bureau of Labor Statistics (BLS) reported shrinking unemployment rates in many states in the Southeast. Auburn, AL, had a rate under three percent and Birmingham, AL, was at just 3.1 percent unemployment. Across all Southeast states, there were few communities with an unemployment rate outside the three to four percent range.

Higher employment levels are unequivocally welcomed by a region and by the nation. Yet for a business owner looking to hire, fewer individuals seeking work present a challenge.

So great is employment growth in the Southeast that the region has passed the West as the part of the country with the fastest employment growth, according to an article by Paul Davidson in the December 8, 2017, issue of USA Today. Davidson points to lower housing costs, lower taxes, and fewer regulators as contributors to the growth.

The high employment levels in the Southeast have a big upside in that residents of the region will be willing to spend money. A homeowner concerned about job loss may decide against exterior cleaning, putting it on hold. Besides having the confidence to spend, residents of the Southeast also have the confidence to move. More relocation activity results in more work for contract cleaners as realtors encourage sellers to make certain their homes have maximum curb appeal.

Warm coastal areas, inland plateaus, mountains, and rivers make the Southeast a beautiful place. Therein is a marketing nugget contractors can tap. Keeping properties as beautiful as their surroundings increases the glow of the entire Southeast. Distributors and manufacturers can appeal to the same sentiment via the contractors they serve.