Women in the Pressure Washing Industry

By Deb Tumbleson / Published May 2021

Since 1989, I have raised two sons and worked in various other industries. I have had a few different titles, including being an employee in a floral shop, an office manager, a quilt shop owner, and currently the marketing manager of Aqua Blast Corp, of which my husband and I are full owners. Over the years, I have seen the pressure washing industry, dominated mostly by men, turn into an industry where women are welcomed and encouraged to become involved. 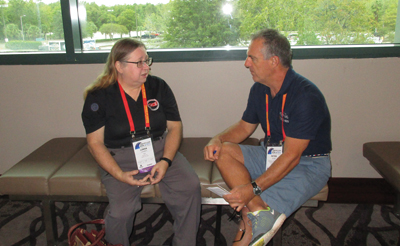 Women who became associated with pressure washer companies in the 1990s and early 2000s were typically wives or mothers of the owners. Sometimes it was a sister or another family member of the owner, and her role was to support, encourage, answer the phone, or balance the books. Yet as I began to meet more women who were getting involved in this industry, I realized that their input was becoming the lifeblood to many who were maintaining and operating a pressure washer company.

In the early 1990s, they were the bookkeepers and receptionists to help keep the overhead at a minimum. But with their attention to detail, their compassion, friendliness, enthusiasm, and patience, businesses started to grow. Repeat customers were greeted with a friendly hello and a question about their family or another point of interest, which had been spoken of previously. What the industry found was that the woman’s touch went beyond service or selling. Her involvement encouraged interaction, which put the customer at ease. The industry also noticed that her perspective was insightful and futuristic. She was smart about the way she looked at marketing, purchasing inventory, changing designs in the product line, and most of all, getting into social media. For the businesses that recognized the benefits of having a woman involved, they reaped the reward as their businesses grew.

This year has seen the door opened further to women in all areas of the pressure washer industry, from owner to operator and from designing new products to engineering a cleaning system for a customer. There are women in every field and in every part of the pressure washer world. They did not arrive here with ease. It took determination and grit, goal setting, and achievement of those high goals. At this stage of my life, I have learned a few things about setting goals and pushing where others have not gone. It is with opposition that knowledge is gained, not with coasting. There is a certain amount of challenge that can excite and stimulate the attitude. There is nothing like meeting a customer who is having a problem that calls for a pressure washer in a unique area, with unique pressure and flow, and doing the research, finding the solution, and then building the unit to meet these needs beyond what the customer had thought was possible. The feeling of accomplishment and satisfaction is overwhelming and very gratifying. But, it takes a team to come to that solution and then to make sure all the t’s are crossed and i’s are dotted. 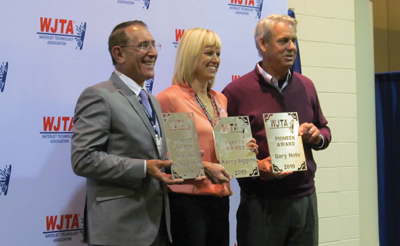 I am encouraged to see the women who are involved in the pressure washer industry. It is exciting to realize that there are no barriers for women. They can do whatever they set their minds to. And with each woman who breaks into an industry that is foreign to them, we all gain ground. It is by teamwork that true business is achieved, not by our differences. When we each do the task that is carved out for us, we make this world a better place for our children and grand-children, which ends up leaving a legacy. I remember talking to a sweet lady at a trade show who told me that she was only involved in her husband’s business because he needed her accounting ability. However, while watching her and hearing about her knowledge of the business, I soon realized she was a very valuable voice in that business, which has since expanded numerous times and now has her grandchildren working alongside a large number of employees. Thank goodness she felt the importance of being needed and made it her business to know the business.

This industry has just begun to be realized. There is so much more that can be made, developed, and utilized. There are more and more possibilities becoming available with each passing day and more ways to use the power of water to clean. New inventions, new technology, and new ways of marketing these new products are a part of waking up tomorrow and finding out how these new ideas work. It is exciting to see what tomorrow will bring. Back in 1989 I would have never dreamed we would be making and selling the pressure washers of today, with all the choices of carts, trailers, skids, or mounting on the back of a truck. The best advice I can give to anyone interested in getting involved in the pressure washer business is to dive in deep, don’t be afraid to make mistakes, and learn every single day. It has been a “Wonderful Life” for sure.